Fight breaks out at Brewers game against Cubs 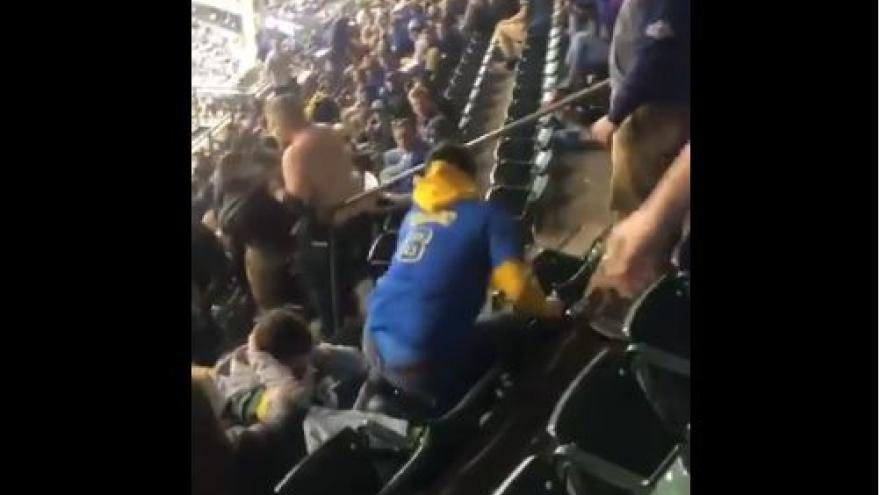 MILWAUKEE (CBS 58) -- Brewers and Cubs fans got into a fight at Friday night's game. The video posted by Twitter user @BeanCampion shows the fight in Section 409.

A video shown before the fists and pushing shows a presumably Brewers fan in an Aaron Rodgers jersey yelling with fans behind him. In the next video, the Rodgers fan is pushed down three rows and then followed by another Brewers fan. The fan that pushed that two was then thrown over a railing into another section.

There is no word on if any fans were ejected because of the fight or if any citations were issued.

The Brewers won the game with a walk off hit 5-4.

Warning: The videos include language some may find offensive.

Don’t forget this video. He states he’s looking for a fight pic.twitter.com/Zl7Uw2H5Ep

@barstoolWSD@barstoolcarl@BarstoolBigCat hey boys. A big brawl at the cubs game in 409. Kid in a Rodgers jersey got launched 3 rows. Have clear video. pic.twitter.com/QsIt21TWsV