'Fifty Shades of Ouch' as firefighters brace for more emergencies 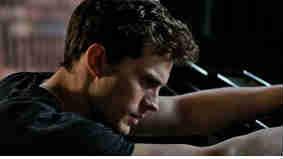 You could call it the other \"Fifty Shades of Grey\" effect.

Firefighters in London are concerned that there could be a \"spike\" in emergency calls from people stuck in handcuffs and other sex toys after watching the new \"Fifty Shades of Grey\" film, released worldwide this week.

London Fire Brigade says that incidents where sexual adventurers get trapped in cuffs and rings have been steadily increasing year-on-year since the first \"Fifty Shades of Grey\" book was released in 2011.

The \"Fifty Shades\" trilogy, which has sold more than 100 million copies worldwide and been translated into 50 languages, tells the story of the S&M-flavored relationship between a virginal college graduate and a billionaire CEO.

The books have also been credited with boosting sales of sex toys, driving women to hook-up sites and fueling a craze over sexual domination.

Now, firefighters in London are asking the public to exercise caution if they feel like spicing up their sex lives after watching the movie.

The service said that crews have been called out to 393 incidents they believe are related to sex since April 2014, including 28 incidents involving people trapped in handcuffs.

In November 2014, firefighters had to come to the rescue of a man who had a pair of metal rings stuck on his manhood for three days.

ER doctors were unable to remove the steel rings so two firefighters had to snip them off using hand-held hydraulic cutters.

On another occasion, a crew was called by a woman whose husband had become locked in a chastity belt.

In the past, reports the brigade, crews have also been called out to incidents involving toasters and vacuum cleaners.

But it's not just embarrassing, it's expensive.

To avoid awkward incidents, London Fire Brigade advises people that if they are going to use handcuffs, keep the keys handy.
Share this article: