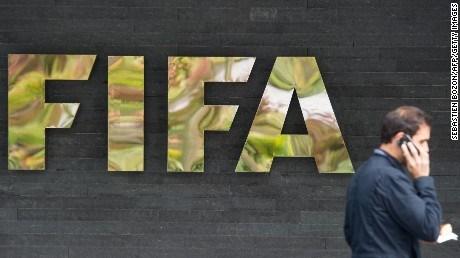 FIFA has been at the center of corruption investigations for years. But now, up to 14 officials with the world's soccer governing body are likely face charges. Swiss officials confirmed six arrests were made overnight in Zurich, at the request of US officials. And charges will be filed in New York, later Wednesday. Officials have been under heavy scrutiny amid allegations of corruption in the selection process for the 2022 World Cup and the 2018 World Cup in Russia. Not only have the World Cup selections been under scrutiny - but also the marketing and broadcast deals.

\"It confirms that we are on the right track,\" Walter De Gregorio, the FIFA Director of Communications, said. \"It hurts, it's not easy, but it's the only way to go. We are ready to go the way we started four years ago and nothing will stop us.\"