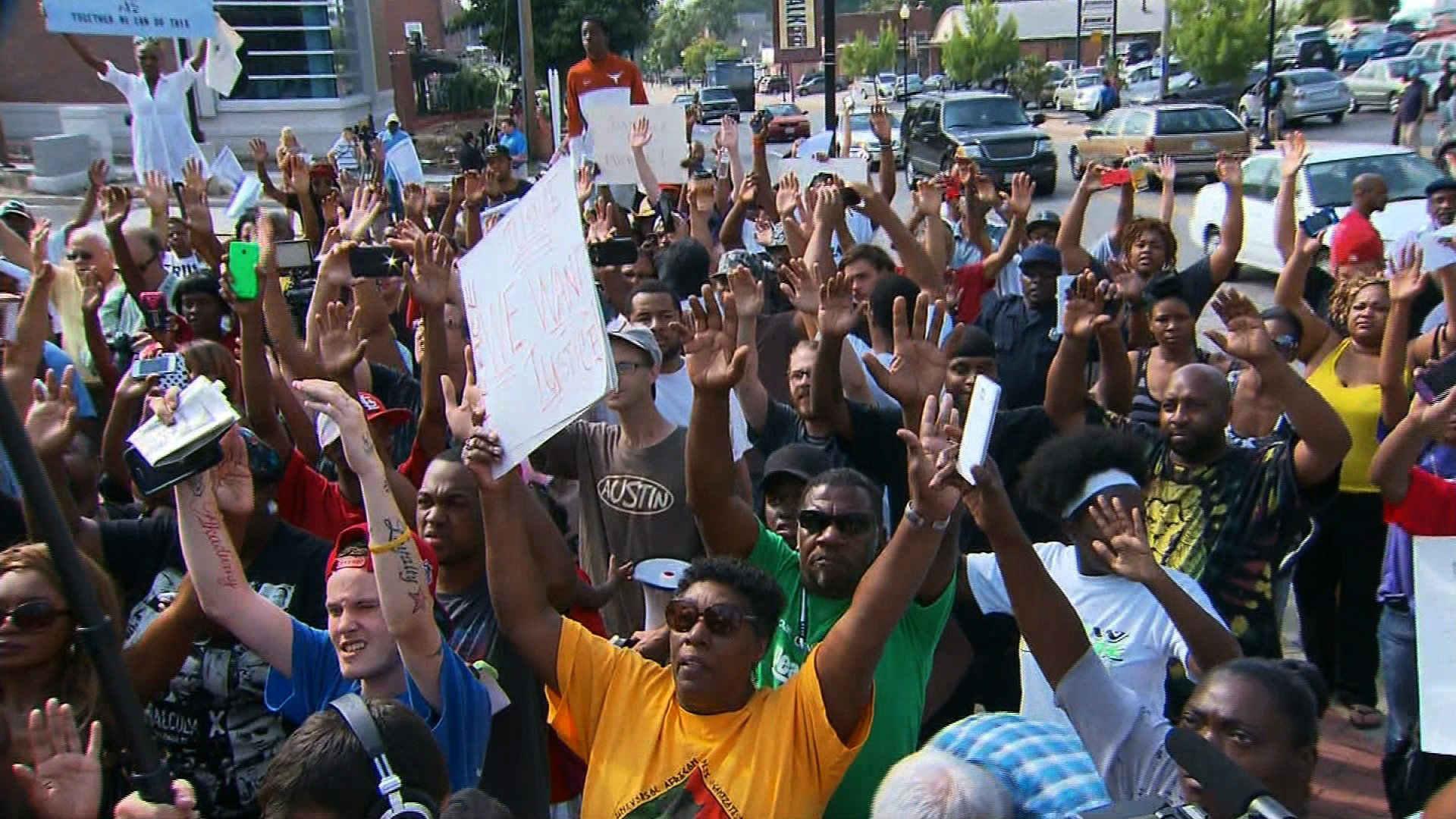 As a grand jury gets closer to deciding whether or not to indict Officer Darren Wilson, the man who fatally shot Michael Brown is in the final stages of negotiations with Ferguson city officials to resign, sources close to the talks said.

The grand jury was in session Friday, as it has been for weeks. A decision on whether to formally charge Wilson in Brown's death could come the same day, law enforcement officials have said.

Wilson has maintained he's done nothing wrong, and the resignation talks have hinged on whether he is indicted, the sources said.

While Wilson has told associates he would resign to help ease pressure and protect his fellow officers, he has expressed concern about resigning while the grand jury was still hearing evidence for fear it would appear he was admitting fault.

The Ferguson officer could announce his plans to resign as soon as Friday, the same day a St. Louis County grand jury meets to deliberate and possibly decide on an indictment.

The talks could still collapse, the sources close to the talks said. Wilson doesn't know what the grand jury will do and, if they opt to charge him, he could change his mind.

Wilson, who has six years on the force with no disciplinary issues on his record, is currently on paid administrative leave. If he returns to duty, he will have to undergo two psychological evaluations, authorities have said.

What is known, what is not

The basic facts of the case -- Wilson, a white police officer, fatally shot Brown, a black 18-year-old who was unarmed, on August 9 -- are not in dispute. Most everything else about the case is, leading to emotionally and racially charged divisions about what should happen next.

The officer's supporters have claimed Wilson fired only in self-defense, pointing to witness testimony and leaked grand jury documents that suggest Brown might have attacked Wilson, struggled for his gun and perhaps even charged the officer moments later.

Brown's backers have been likewise adamant in blaming Wilson, claiming the officer shot a young man who, according to some accounts, was holding up his hands in surrender at the time.

This dispute as to what happened at that crucial moment, the handing of the investigation from the outset, and the fact that charges were not brought against Wilson sparked days of protests on the streets of Ferguson. The ensuing police response, which many have called heavy-handed, and the violence, property damage and looting of some during the protests only deepened the sense of mistrust.

If a grand jury decision comes Friday, prosecutors are expected to provide law enforcement with 48 hours notice before making a public announcement, possibly on Sunday.

The current plans could still change and prosecutors could shift the planned grand jury session.

Meanwhile, authorities are on guard for a repeat of large-scale demonstrations and possibly violence -- as happened in the days after the shooting, when heavily armed police came face to face with angry protesters.

Demonstrations, as well as sporadic arrests, have continued for weeks, including some on Thursday night.

According to St. Louis County police spokesman Brian Schellman, \"several vocal and defiant protesters\" shut down one lane of traffic in Ferguson and chased after some cars on foot. Some of those protesters left the street at officers' request, only to return to block traffic once again, he said.

Eventually, after announcements to get off the street, a \"skirmish line of officers\" moved in and arrested three people who remained, Schellman said. One of them was pepper-sprayed after pushing an officer, according to the police spokesman.

The prospect of more disputes and violence after the grand jury ruling is announced spurred officials and citizens to take precautions.

The school district for Jennings, Missouri -- which neighbors Ferguson -- has canceled classes for Monday and Tuesday of next week, according to its Facebook page. School district officials did not immediately return to CNN's calls for comment on why classes were canceled.

On Tuesday, Missouri Gov. Jay Nixon declared a state of emergency. And, along Ferguson's West Florissant Avenue -- ground zero for violent protests -- businesses put back the plywood boards they had taken down from their windows and doors.

There are concerns that communities well beyond Ferguson could see unrest after the grand jury's decision comes down.

The Ferguson National Response Network has set up a Tumblr account advertising about 70 \"planned responses\" to the ruling. They will take place from West Palm Beach, Florida, to New York, Chicago and Los Angeles.

Holder spoke about the duty of law enforcement to protect the public, while urging demonstrators to not revert to violence. He also said that some of the issues raised in the wake of Brown's death -- about things like \"police practices, implicit bias and pervasive community distrust\" -- are \"real and significant.\"

\"I recognize that progress will not come easily, and long-simmering tensions will not be cooled overnight,\" Holder said. \"These struggles go to the heart of who we are and who we aspire to be, both as a nation and as a people. And it is clear that we have a great deal of important work still to do.\"