Ferguson: A city on on edge and waiting 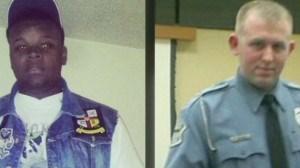 (CNN) -- Anticipating a grand jury decision at any moment, more businesses boarded up their doors and windows and residents hunkered down in their homes on two of Ferguson's main roads.

It's a city in waiting.

The tension is not always visible, but it can be heard in the voices of those who live and work in this small city of 22,000.

No one here knows for certain when the grand jury's decision will be announced, but it will be. Soon.

And no one knows what the grand jury's decision will be -- whether or not Officer Darren Wilson will be indicted in the August 9 shooting death of unarmed 18-year-old Michael Brown.

But many people are expecting a fallout.

Natatlie DuBose, owner of Natalie Cakes and More in Ferguson is seeing fewer customers in anticipation of the grand jury decision.

\"If I can't open my doors every morning, I can't feed my kids in the evening,\" the mother of two tells CNN. She hopes her store will not become a target during protests, which potentially could become violent.

In the days after Wilson, a white Ferguson police officer, shot and killed Brown, who was black, protesters filled the streets. Some clashes with police turned violent. Stores were looted and vandalized.

Authorities, community leaders, activists and even Brown's father, Michael Brown Sr., have called for calm. On Friday, President Barack Obama added his voice in that appeal:

\"This is a country that allows everybody to express their views, allows them to peacefully assemble, to protest actions that they think are unjust,\" Obama told ABC News in an interview broadcast Friday.

\"But using any event as an excuse for violence is contrary to rule of law and contrary to who we are.\"

Much of the protest in Ferguson centers on law enforcement. In addition to demanding Wilson be prosecuted, protesters have complained about the shooting investigation itself, and alleged police have been heavy-handed and provocative during demonstrations.

Security has been beefed up ahead of the grand jury decision, with National Guard troops and extra FBI agents. One activist protester tells CNN that there won't be any violence.

\"We've taken de-escalation courses. We've been doing our part. Anytime there's anything going on, the police agitated it,\" Bassem Masri, who's been streaming protest videos on YouTube, tells CNN.

\"They're gonna learn how to police us. We don't have to learn how to conform to them. They serve us, we don't serve them,\" he said.

Late Friday night, protesters tussled with police on West Florissant Avenue, which was ground zero for the protests last August. \"Hands up, don't shoot,\" they chanted in what has become a familiar refrain.

Though the basic facts of the case -- that Brown was unarmed when Wilson shot him -- are not in question, the facts of the fatal moment are hotly disputed. Supporters of Brown's family believe witness accounts that Wilson fired while Brown had his hands up in surrender. Wilson's supporters say Brown was the aggressor, had tried to take Wilson's gun, and that the officer fired in self-defense.

About 60 protesters caused safety concerns when they shut down all lanes of traffic on South Florissant and refused police orders to clear the road, according to St. Louis County police spokesman Brian Schellman. But he said authorities got help from the weather.

\"It began to rain heavily and the vast majority of demonstrators took cover, thus clearing the road,\" Schellman said.

Later that evening, about 12 protesters again blocked traffic. Police arrested three of them, because they refused to move out of the roadway, according to the police spokesman.

A crowd also tried to shut down traffic on West Florissant Avenue, which intersects with the road where Brown was killed and became ground zero for protests last August.

One woman on her way back home said she wished everyone would just go home.

\"I just don't want more trouble. I live here,\" she said. She did not want to give her name out of fear for her safety.

Once the grand jury decision is made, prosecutors are expected to provide law enforcement with 48 hours notice before making a public announcement.

The current plans could still change and prosecutors could shift the planned grand jury session.

Meanwhile, authorities are on guard for a repeat of large-scale demonstrations and possibly violence -- as happened in the days after the shooting, when heavily armed police came face to face with angry protesters.

The prospect of more disputes and violence after the grand jury ruling is announced spurred officials and citizens to take precautions.

The school district for Jennings, Missouri -- which neighbors Ferguson -- has canceled classes for Monday and Tuesday of next week, according to its Facebook page. School district officials did not immediately return CNN's calls for comment on why classes were canceled.

On Tuesday, Gov. Jay Nixon declared a state of emergency. And, along Ferguson's West Florissant Avenue -- ground zero for violent protests -- businesses put back the plywood boards they had taken down from their windows and doors.

The FBI has sent dozens of extra personnel, including FBI police officers, mostly to guard their offices around the St. Louis area and boost personnel, a law enforcement official said.

Those on the streets say that it's the police who are violent, not them.