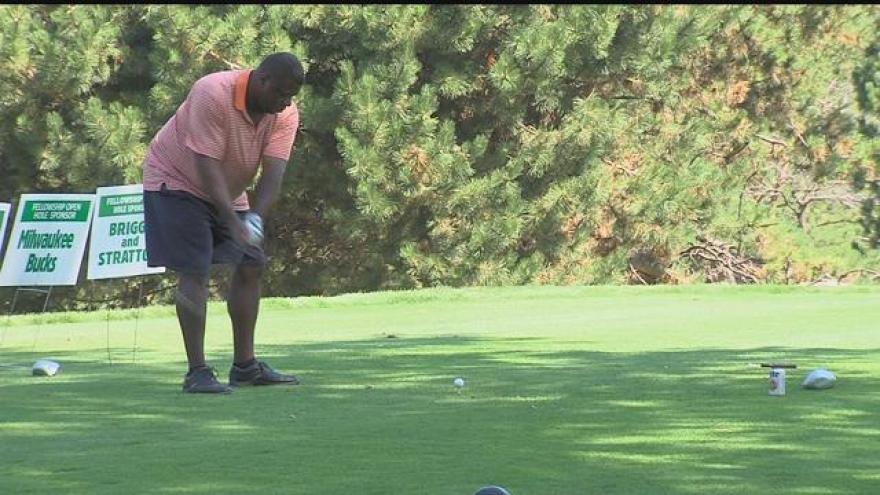 Over the past 16 years, The Fellowship Open has supported more than 85 youth organizations in the community.

The annual golf outing in Menomonee Falls is routinely sold out and brings together some of the most successful figures in business, sports and philanthropy.

They are all drawn to the singular purpose of supporting groups with proven results of creating opportunities for inner city youth, especially when it comes to advancing their education.

The $1.6 million dollars raised over the years has been vital to more than 85 organizations that have given thousands of kids in Wisconsin a better chance at a successful life.

After the golf, there is a banquet where participants get to do exactly what the name of the event suggests: fellowship.

This year's recipients who will be honored Friday at a special luncheon are:

ONE ACCORD FOUNDATION, INC.

The Community Service Award will be presented to business and community icon Thelma A Sias.

Sias has been a tireless advocate for virtually every important cause affecting Milwaukee. She has been instrumental in a multitude of civil and public affairs endeavors as an adviser to key government leaders and a respect community leader.

The Legends Award is going to NBA All Star Bob Dandridge who was part of the only Bucks team to win a NBA Championship in 1971.

Dandridge is usually mentioned as one of the NBA's best forwards in the 1970s. He played a total of 13 seasons in the NBA, nine of them with the Bucks as well as four with the Washington Bullets, with whom he won an NBA championship in 1978.

He often talks about how Milwaukee gave him an opportunity to realize his dream. It is in Milwaukee that he became a man. Whenever he is back in town he mentors young people. He will be taking out time to mentor young people before the awards the presentation.

Dandridge's teammate Oscar Roberston is a past Legends Award Recipient.