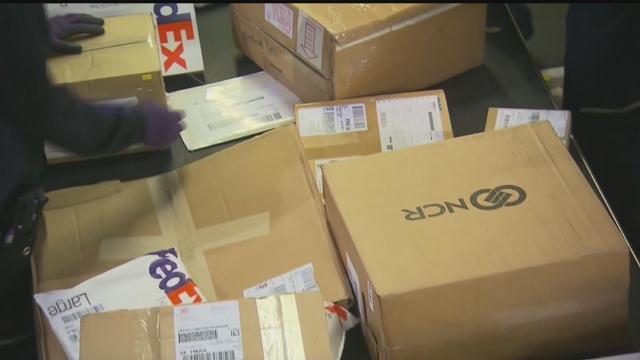 While Santa Claus completed his deliveries Christmas Eve, FedEx still has some catching up to do.

Customers across the country are complaining they still haven't gotten the packages they expected before Christmas. The backup has been so bad that FedEx stores including some in Milwaukee opened their doors through Christmas morning and early afternoon.

But many customers, online at least, are letting loose on the company - without any good tidings.

Customers dipped in-and-out of the Waukesha FedEx World Service Center and on Christmas morning they're looking for the presents not under the tree.

And it's happening all over. On Facebook, a woman wrote on the company's page, "Sorry FedEx but you just scrooged my holiday delivery to my family. Package was shipped Tuesday to be delivered Thursday by 10:30 AM. It's not there and no record of the package in your system."

A spokesperson for the company had this to say explaining the nationwide issues, “Severe weather in the southern part of the country meant a large number of packages had delays getting on the move.”

Online, some customers defended the company saying people should have planned more in advance and allowed some wiggle room.

Though it's not much solace to this Facebook user who wrote, “FedEx told me my item for my significant other would be here on the 24th and now it won't arrive until the 26th when I'm out of the area and my mother has to mail it again."

She ended that review with a X-Mas expletive.

In some parts of the country, FedEx drivers were out on Christmas making last minute deliveries. However, we haven't gotten any confirmations that that's been happening in southeastern Wisconsin.