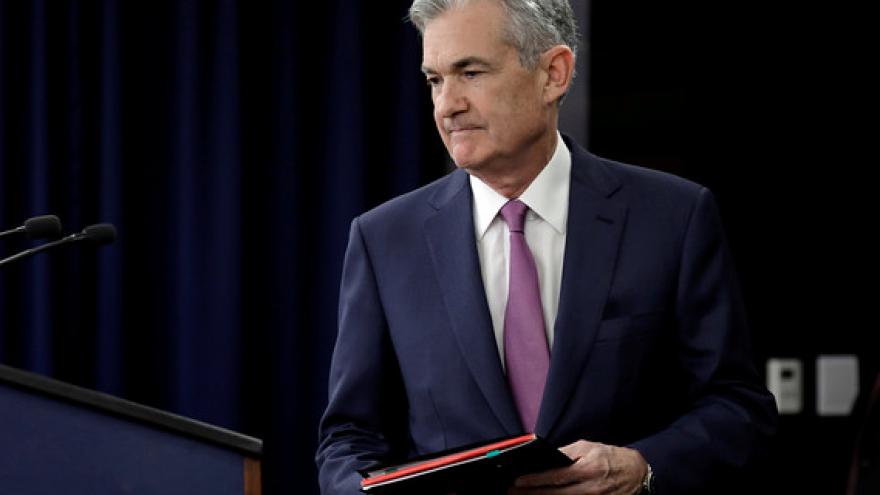 (CBS MarketWatch) -- The Federal Reserve on Wednesday offered a more upbeat view on the economy and signaled it could hold interest rates steady through next year.

Officials voted unanimously to hold their benchmark rate unchanged in a range of 1.5% and 1.75% at the end of a two-day policy meeting. This is the first pause after the central bank cut rates three times in successive meetings starting in July.

In their post-meeting statement, the Fed said “the current stance of monetary policy is appropriate to support sustained expansion of economic activity, strong labor market conditions, and inflation near the FOMC’s symmetric 2% objective.”

Officials removed a statement from its prior statement that “uncertainties” remained.

The Fed’s dot-plot of interest rates forecasts by officials showed no change in policy next year and only one hike in 2021. Only four of 17 officials think rates might rise next year.

Financial markets think the Fed will cut rates once over the course of next year, according to CME Group. Analysts said that is a signal investors remain worried about the economy.

The Fed’s statement and projects suggest it isn’t as worried as it had been earlier in the year.

The central bankers lowered their forecast for the unemployment rate in 2020 to 3.5% from 3.7%.

They expect real gross domestic product to stay slightly above or below a 2% annual rate over the next three years.

“The labor market remains strong and...economic activity has been rising at a moderate rate,” the statement said.

A Dec. 15th deadline for new tariffs on imports from China still has not been delayed, and a trade truce has still not been secured.

The Fed’s dramatic shift from planning at the start of the year to hike rates to eventually cutting three times has eased financial conditions and bolstered the outlook for the economy, he said.

Stocks were little changed immediately after the Fed decision. The Dow Jones Industrial Average DJIA, -0.01%   was down 34 points