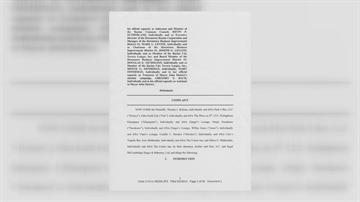 RACINE- A 50-page lawsuit was filed claiming the city of Racine was motivated by money and racism to conspire against minority bars and taverns.

The lawsuit includes six bars and taverns across the city.

The lawsuit said that in 2009, Mayor John Dickert ran a campaign to revitalize and clean up the downtown area and that he wanted to shut down bars like Park 6 because of their undesirable patrons and problem patrons.

It claims this was a conspiracy by powerful individuals in and out of city government, forcing minority bars to close up shop, while their white counterparts stayed open.

The city said it \"has been informed that a civil Complaint has been filed [Wednesday] in the United States District Court for the Eastern District of Wisconsin naming the City and several of its officials and employees. As of this time, the City has not been served with the Complaint. The City of Racine denies that it illegally discriminated against any person or business. The City of Racine has no further comment at this time.\"

CBS 58 tried to speak directly with the Mayor but was told he was in Madison and would otherwise have no comment.

In January a movie was made about several of the bar owners and their complaints against the city, it's called \"Pattern or Practice\".