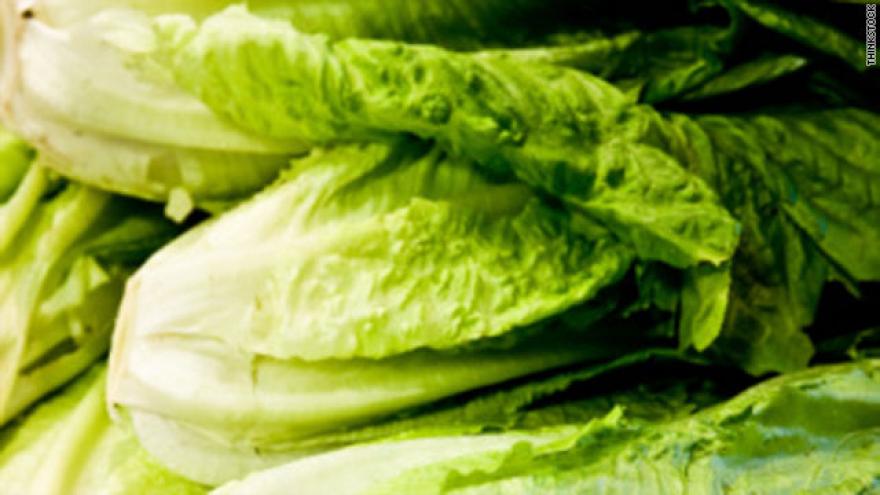 (CBSNews) -- Officials have lifted some of the restrictions on the types of romaine lettuce consumers can safely eat after zeroing in on the source of an E. coli outbreak. The FDA said the problem appears to be coming from lettuce grown in three California counties.

"We've identified a positive sample result for the outbreak strain in the sediment of a local irrigation reservoir used by a single farm owned and operated by Adam Bros. Farms in Santa Barbara County," FDA Commissioner Scott Gottlieb, M.D., said in a statement. The FDA said the farm has not shipped any romaine lettuce since Nov. 20 and has "committed to recalling products" that came into contact with the water supply.

In a press briefing Thursday, health officials said other farms are likely involved in the E. coli outbreak and urged consumers to check labels and not eat lettuce harvested in the following California counties:

Romaine lettuce harvested outside of these areas after Nov. 23 doesn't appear to be involved in the outbreak, the FDA said.

According to the CDC, 59 people in 15 states have been sickened by the E. coli outbreak tied to romaine lettuce. Twenty-three people have been hospitalized, including two people who developed a serious complication called hemolytic uremic syndrome, a type of kidney failure. No deaths have been reported.

When the outbreak was first identified, the FDA issued a blanket warning Nov. 20 not to eat any romaine lettuce. The agency updated its guidance a week later to say consumers should avoid romaine lettuce from California's Central Coast region. The latest announcement narrows that warning further.

If consumers are unable to confirm that romaine lettuce products come from unaffected sources, the FDA urges them not to purchase the products. If the items have already been bought, they should be discarded or returned to the place of purchase.

Symptoms of E. coli infection include diarrhea, which can be bloody, severe stomach cramps and vomiting. E. coli infections typically clear up within a week. However, more serious cases can lead to a type of kidney failure called hemolytic uremic syndrome (HUS).

Symptoms of HUS include fever, abdominal pain, pale skin tone, fatigue and irritability, unexplained bruises or bleeding from the nose and mouth, and decreased urination. These complications are more common in young children under 5, older adults, and people with weakened immune systems.

Anyone experiencing these symptoms should seek medical care immediately.

Food poisoning outbreaks from leafy greens are not unusual. The Centers for Disease Control and Prevention said about 48 million people get sick from foodborne illnesses every year — 46 percent of them from eating leafy vegetables and other produce.