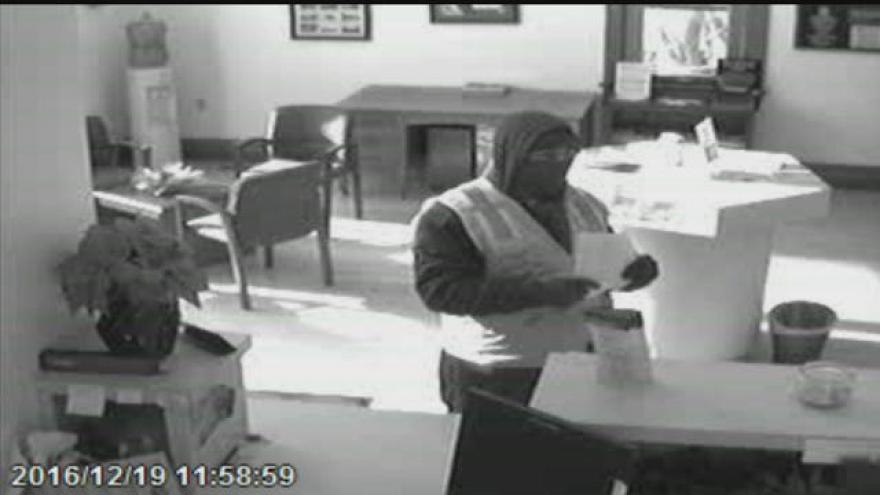 The FBI is searching for a man wanted for an unusual robbery at a Jefferson County bank.

According to Federal Agents, that man entered the American National Bank in Helenville on December 19th, posing as a survey worker.

"After he was comfortable, he then announced the robbery," says Asst. Special Agent in Charge Robert Botsch.

Video shows the man pulling a handgun from his waistband, and pointing it at tellers. Botsch says the man hopped the counter, and tied their hands up with duct tape, before stealing cash.

"It may have given him an additional comfort factor, the fact that they were restrained."

"At that point he actually steals one of the teller's car keys, and flees the scene in her vehicle," says Botsch. "Usually a suspect who plans a robbery plans the completion as well."

That car has since been recovered, but the suspect remains on the lose.

If you can help the FBI find the man, you could receive a reward.

CBS-58 viewers have helped the FBI catch three wanted criminals in the past 4 months.