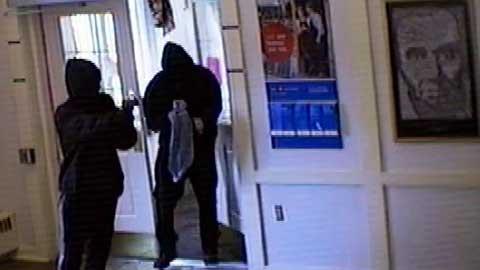 A $20,000 reward is being offered for information in identifying two violent bank robbery suspects in Southeast Wisconsin, according to a release from the FBI.

They are dressed in all black clothing.

The other carried a black handgun.

They were dressed in all black clothing, including a black cloth mask with white gloves. One carried a multi colored pillowcase.

The other carried a black handgun.

One of the subjects referred to the other one as “DJ” or “CJ.”

A reward of $20,000 is being offered for information leading to the arrest and conviction of the persons responsible for the robberies.