FBI offering $5,000 for arrest of two men in 2016 armed robbery of Wauwatosa pharmacy 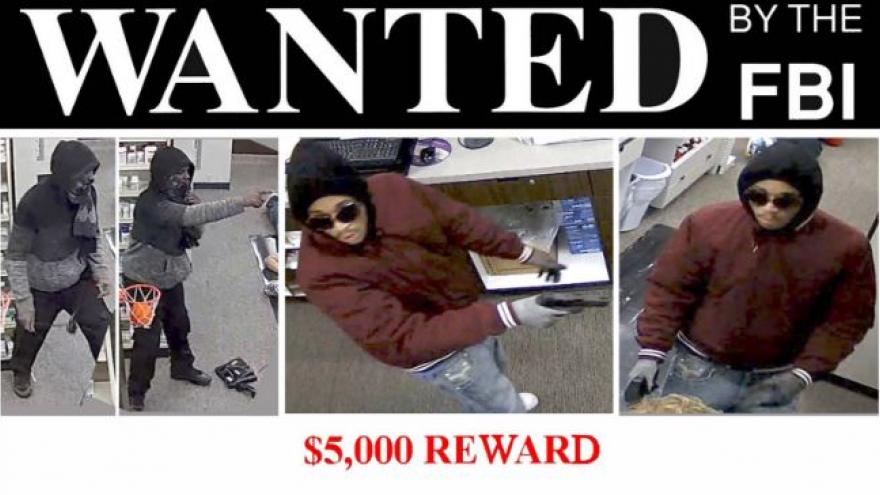 MILWAUKEE (CBS 58) -- The FBI is offering a reward of $5,000 for information leading to the identification and arrest of two men responsible for December 28, 2016 armed robbery of Swan Pharmacy in Wauwatosa.

Two men entered the pharmacy, showed a gun and demanded narcotics. The men were given an unknown amount of narcotics and left in a black Lexis SUV with Illinois plates. The car registered as stolen in an armed carjacking earlier in the day in Chicago. The vehicle has since been discovered.

The two men are believed to have ties to Milwaukee, Chicago and Indianapolis.

$5,000 Reward. Suspects believed to have ties to Chicago. @FBIIndianapolis@FBIMilwaukeepic.twitter.com/PU3eUVnXSL

Both suspects are described as black men in their early 20s with a thin build. One was wearing a maroon varsity style jacket, black hooded sweatshirt, blue jeans and gray gloves. The second suspect was wearing a gray and black jacket with a multi-colored scarf.