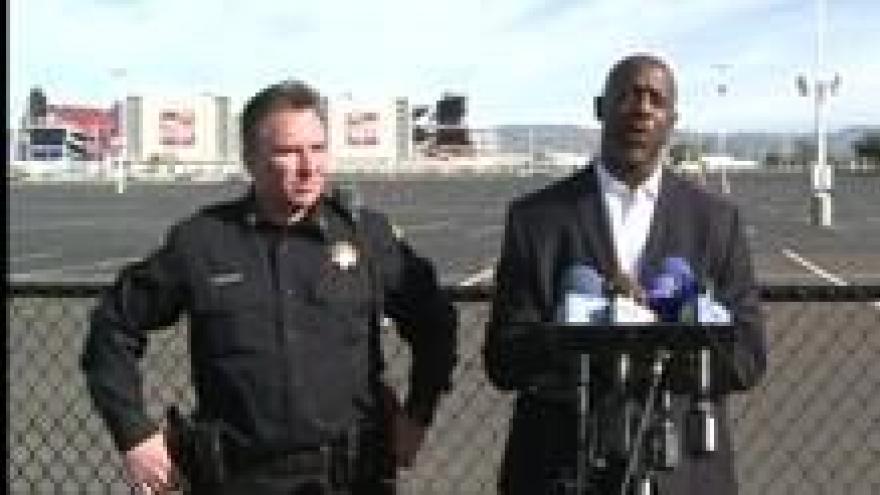 They're preparing for trouble at super bowl 50.

On November 17, the FBI led a team of agencies in a security drill at Levi's stadium.

It was planned before the Paris attacks.

But that incident, giving today's exercise a new urgency.

It was a simulated bombing at Levis Stadium causing mass casualties and evacuations of victims.

Police say it was planned months before the Paris terrorist attack and is part of ongoing preparation for Super Bowl 50.

But before the Military 'copters flew and the first responders hit the ground, Santa Clara police threatened to cancel the exercise due to the presence of the news media.

The staged event went only "only" after camera crews allowed police to look through their lenses at the view from across a large parking lot.

But the operational security apparently did not extend to the public seen here using a popular bike trail much closer to the staging area.

Later both agencies denied they had any disagreements.