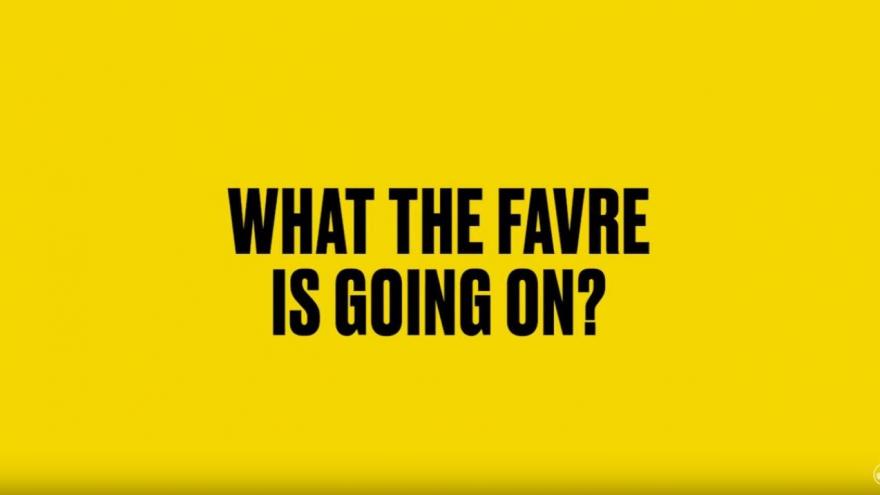 Packers fans might not have a team to root for on Super Bowl Sunday, but Hall of Fame QB Brett Favre is giving them something else to be excited about.

For years, fans have pointed a finger at Buffalo Wild Wings when unexplained events or an unseen force occurs during a big game â€“ asking the company to #HitTheButton and influence the outcome. Leading up to and around Super Bowl LI, Buffalo Wild Wings is reintroducing fans to the idea that they might actually be able to control or impact games.

The â€œWhat the Favre?!â€ campaign will take fans on a journey led by Hall of Fame QB Brett Favre as he obsessively tries to uncover new clues and evidence that aims to put blame on Buffalo Wild Wings for his all-time interception record. The campaign kicked-off with a teaser commercial â€œThe Encounterâ€ before the NFC Championship game and today, Favre posted his first piece of evidence.

In a new video (â€œMarionetteâ€), Favre stands in an open field when his body movements are mysteriously taken over by two ominous agents in black suits. Standing over a briefcase and using a touchpad, they begin toying with the legendary gunslinger, forcing him to perform karate moves, dance â€œthe robot,â€ and awkwardly throw a football left-handed. Favre is left stunned and unsure of what actually just happened or who is responsible.

Fans can follow Favreâ€™s social channels (Twitter/Facebook/Instagram) through Super Bowl LI as he shares new video and photo evidence that points a finger at Buffalo Wild Wings. And, a few friends from around the NFL, like Cowboys QB Dak Prescott, will jump into the conversation as well.