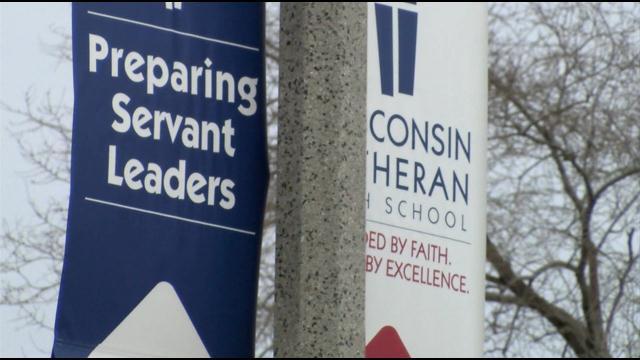 Michael Riley, 37,  is charged with two counts of First Degree Reckless Injury for allegedly firing his gun in the Wisconsin Lutheran High School parking lot injuring two. Contrary to previous reports, the two people injured in this shooting were the parent of the girl fighting Riley's daughter and a school teacher.

Riley's daughter and the gunshot victim's daughter were involved in an argument during a basketball inside Wisconsin Lutheran High School on January 15. Both girls were ejected from the game, but continued to argue in the parking lot. According to the criminal complaint, witnesses say the argument between two girls turned into a physical altercation involving multiple individuals. Eventually the fathers of both girls became involved in the parking lot argument.

The other father told police Riley pulled out a gun, and pointed it at him. Multiple witnesses report hearing Riley say, \"I kill n----- like you.\" That's when the other father says Riley shot him in the knee with a .38 caliber bullet. The criminal complaint says that same bullet eventually struck a Wisconsin Lutheran High School teacher in the foot.

Riley is also charged Possession of a Firearm by a Felon. Court records show Riley was convicted of a felony on November 5, 1999.