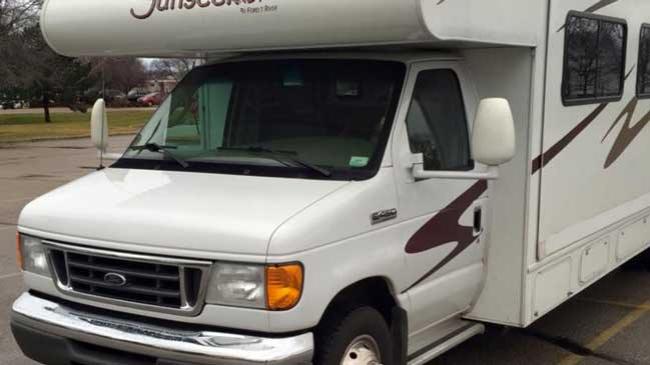 MADISON- A Wisconsin 16-year-old decided to take her driver’s test in a 31-foot RV, according to WMTV.

Alexa Horkan’s father challenged her to take the test in the RV.

"If you really would like to have a lifetime story," Tim Horkan / Alexa's Father said.

“He's always kind of pushing me to do things I don't really think I can do,"  Alexa said.

"As the date approached, there were questions that surfaced that led me to believe that she may or may not be in on that idea," Tim said.

"I just had the mindset of, it's one time, and I'll either make the memory, and if I fail, then I'll come back and try again," said Alexa.

It only took her one try at the DMV.

Alexa credits a lot of practice and the not having to parallel park the RV.

“Thankfully, I didn't actually have to do on the test,” said.

"I was just beyond excited and kind of shocked," said Alexa.

Alexa said her driving the RV was really only a one-time thing she hoped to get a car.