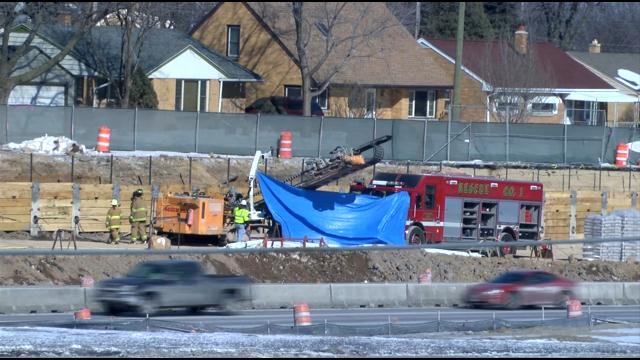 The DOT and Milwaukee County Sheriff's Office are being very tight lipped about what happened, but those agencies as well the as Milwaukee Fire Department were at the scene all day but they have confirmed a 33-year-old Brookfield man, Ryan C. Calkins, died at the scene.

It happened at the construction site near 92nd and Chester Saturday morning. The  Milwaukee County Sheriff's Department confirmed a construction accident happened around 7:45 AM.

The medical examiner was called out a short time later and fire officials confirm a young man was killed.

We haven't been given specific details about the accident , but there's been a lot of activity around a specific piece of machinery.

The fire department's heavy rescue team was called in early Saturday afternoon and that machine has now been blocked off with a tarp. Officials tell us the investigation is ongoing, with OSHA and OSHEP still on scene, looking into the cause of the fatality.

A spokesperson for the department of transportation said \"Tragedy like this really impacts anyone and everybody involved in the project. And that at this difficult time, the departments  thoughts and prayers go out to the family,\"