Fans on Both Sides React after Super Bowl 50 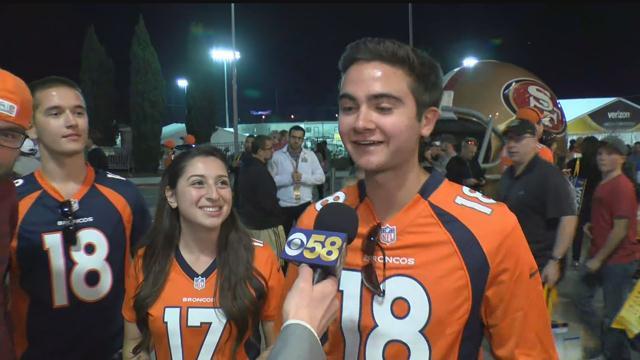 In the week leading up to Super Bowl 50, there were noticeably more Broncos fans in the Bay Area than Panthers fans and that rang true for the actual game. Broncos fans outnumbered Panther fans by a margin of 10 to 1, causing Panthers fans to feel like it was a home game for the Broncos.

The majority of fans, did not expect this outcome. They expected the game to be closer and for the Panthers to score more points.

Panthers fans CBS 58 talked to after the game were upset, but very proud of their team and they believe the Panthers will be right back in the Super Bowl next year.

Broncos fans were ecstatic to say the least, but know they need to enjoy this while they can because with Manning most likely retiring and Von Miller up for free agency it will be a bit harder for the Broncos to return to Super Bowl LI.