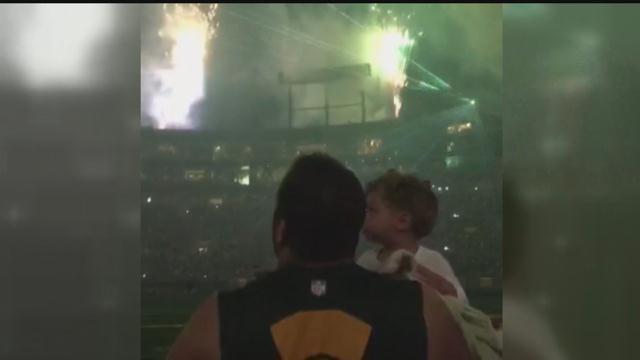 Family Night at Lambeau Field turned into a visit from a paramedic for several fans. The Green Bay Fire Department tells CBS 58 that seven spectators reported ash and debris in their eyes after fireworks bounced off a light tower inside the stadium following the team's annual preseason open practice. Officials say wind may have been a factor in the incident. All of the injuries were considered minor and treated on the scene.