Rodgers doesn't let the drama impact his game, and fans are happy he's back 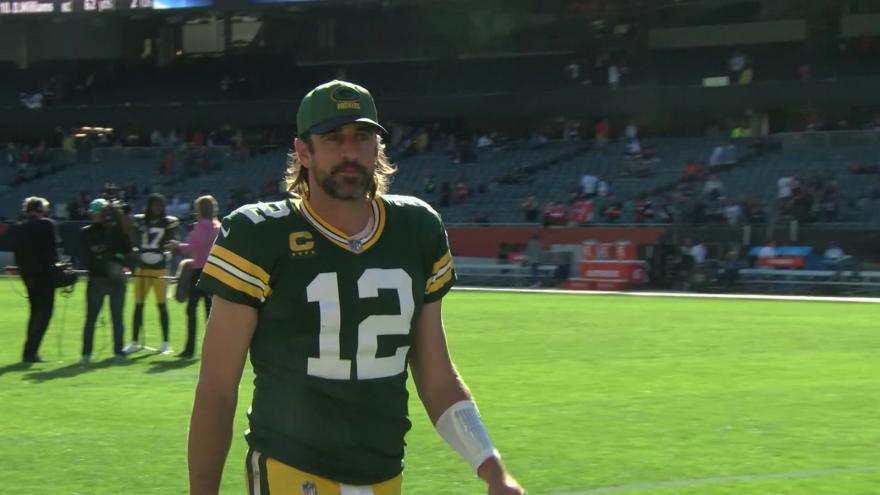 MILWAUKEE (CBS 58) -- Packers fans are high off another win Sunday night, Nov. 14., and with Aaron Rodgers back on the field, they're hopeful for the Packers future.

Fans we spoke to say they want the Aaron Rodgers drama behind them.

"I don't want to rip on Jordan Love too much, I didn't think he was that bad in a tough situation last week but obviously, it's good to have the goat back," said Packers Fan Andrew Hovestol.

He said despite the loss last week, Love shows some promise for the future of the team.

"We do have some hope for the future, but right now it's about the present, and Aaron Rodgers gives us the best chance to win so obviously it's great to have him back," said Hovestol.

Fans like Frank Taylor said they're looking forward to business as usual from Rodgers, and maybe even a Super Bowl ring.

"I'm looking forward to him getting back with his receivers, with the continuity, you know for him to get back in rhythm, and to win the rest of the season out, maybe go on a 5, 6 game winning streak," said Taylor.

"Honestly, I'm so happy to see that Aaron Rodgers is back. He's healthy, he's thriving, [he] picked up where he left off," said fan Nikki Buerke.

At the end of the game, a new concern appeared however, with Running Back Aaron Jones potentially injured with a sprained MCL.

"He's had a pretty solid season so we need him, and I hope he heals quickly if there's anything serious going on," said Buerke.