Fans Express Hope for Better Season at "Brewers On Deck" 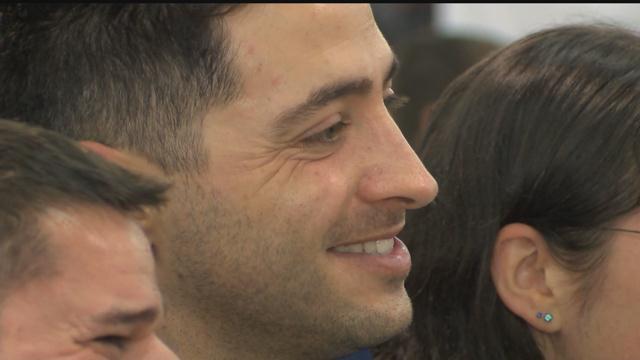 It was a re-introduction of sorts on Sunday as the Milwaukee Brewers debuted their new roster of players and coaches at to fans at the 'Brewers on Deck' event. The changes come in response to last year's disappointing season.

But despite last years poor performance thousands of people lined up for autographs to get a keepsake from their favorite players. Lines, as always, were especially long for Ryan Braun.

But others are more critical of last years 68-94 record including Rick Schlesinger.

"Whether you're a fan or a casual fan you have to be disappointed with 2015 and it's not acceptable. and as the organization's business person it's not okay with me," Schlesinger said.

"We want to get to 3 million fans and we recognize that to do that we need to have winning baseball. So we needed to reset. We needed to re-pivot. And we're doing that. The fans are clear that the old way of doing things wasn't working," Schlesinger said.

He describes the new strategy as getting younger players on board and developing them from within the team.

Sunday was 64 days away from Brewers opening day set for April 4 at Miller Park. The brewers will take on the Giants.