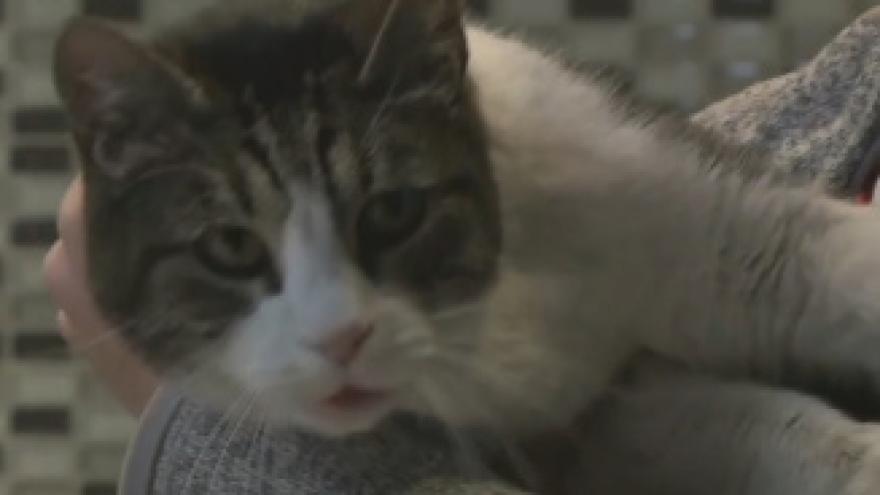 SANTA ROSA (KPIX) — A Santa Rosa family who thought their cat died in the North Bay wildfires just found out their beloved pet miraculously survived for weeks on his own.

Dani Stockham remembers telling her daughters, “Get up get dressed, there’s a fire and it’s close,” before they evacuated their Santa Rosa home, as the fires raged.

They would lose their house on Sky Farm Drive to the fire and in their rush to get out 15-year-old Lea would lose Thomas, the cat she’s had since she was two.

“It was really devastating when I couldn’t grab him. He had just like started clawing at me and slipped right out of my arms,” she said.

When the Stockhams came back to the rubble that was their home they found a cat’s body.

“It was gray and white and you could just see fur on the back of the head,” said Dani. “There was no doubt that it was Thomas.”

They held a funeral for Thomas, even printed programs. They wouldn’t learn until six weeks after the fire that Thomas was still alive.

A good Samaritan captured Thomas wandering a quarter of a mile from the Stockham home. The company that microchipped Thomas tracked the Stockhams down.

After weeks of surviving on his own, Thomas reunited with his family, back from an adventure his family will never truly know.

“It was like honestly the best day I’ve had since the fire like it was the greatest day ever,” said Lea.