Family speaks out about homicide 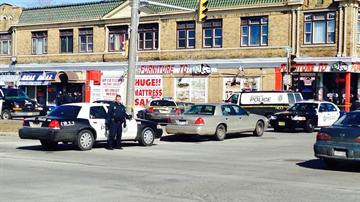 The 39-year-old who killed the two teens who allegedly attacked him with a baseball was released from jail Friday. The district attorney will decide if he will be charged.

Annmarie Miller, 17, and her James Bell, 19, were killed Wednesday after they allegedly attacked a 39-year-old with  in the stairwell of an apartment complex off of 27th and Vliet.