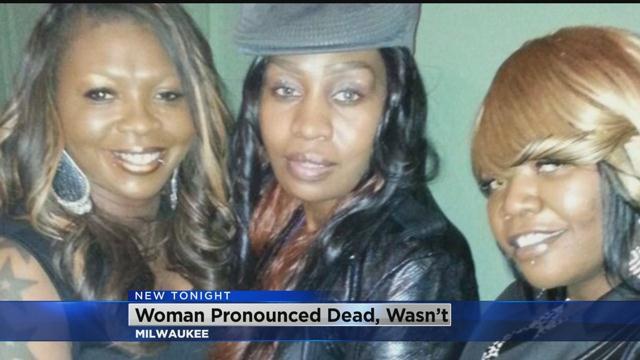 Family members had a vigil for 47-year-old Tonie Phillips, a loved one they say was wrongly pronounced dead, and family says those precious minutes could have saved her life.

Family members lit a candle to remember Tonie Phillips and to speak out about a medical call they say went terribly wrong.

The family says Phillips was shot, and medics pronounced her dead. They say a police officer later heard her mourning and she was rushed to the hospital where she later died.

But today the Milwaukee Fire Department said the medic on the scene wasn't negligent and did consult with a Froedtert Hospital doctor before pronouncing her dead.

They say they can sync their technology with the hospital while on the scene and went through proper protocol when pronouncing her dead.

The family says more could have been done.

Teresea Khalil, the victim's sister says, "Clearly their technology is not working something went wrong and it caused us to lose a loved one someone that was very special to everybody."

Fire Chief Mark Rohlfing with Milwaukee's Fire Department says, "Our paramedics followed established protocol and whole treating ms Phillips they also got on the phone and called for medical direction, a doctor at Froedtert Hospital."

Family members also spoke out about the violence in Milwaukee saying the shootings need to end.