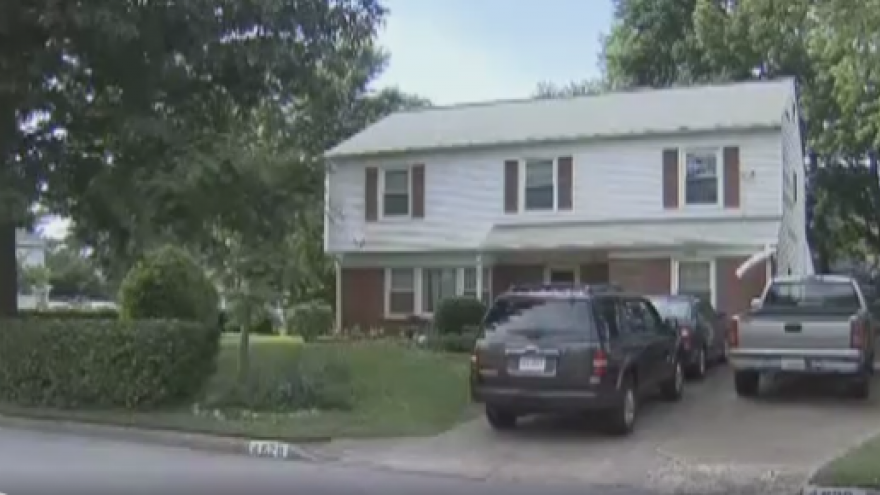 VIRGINIA BEACH, VA (WAVY/CNN) - Family and neighbors are mourning the death of a 90-year-old woman fatally mauled by a pit bull.

The dog had just been adopted by the woman's daughter.

There's still blood inside a home on Bunker Hill Lane.

According to the victim's daughter, Linda, whose last name was not given, the family pet couldn't be stopped during a five-minute attack.

"I can't believe it happened. I am still in shock," Lydia Walther said.

Police say they got called to the home around 7:30 p.m. Wednesday.

Medics rushed the woman to the hospital with serious injuries.

"She's outside all the time with her elderly dog. We bring her tomatoes. It's just really sad," Sondra Smith said.

Linda says she was in the backyard with her dog, Blue, when her mom screamed for help after falling in the bedroom.

As Linda came inside, she says the dog rushed ahead and straddled her mom's back on the floor, biting her neck and shoulders and later her legs and stomach.

Walther said she tried hitting the dog with a hammer, but he didn't stop.

Hours earlier, an adoption service dropped the dog off at the home after Linda purchased it on Craigslist for $20.

"If she got killed by an animal, it just makes me feel that it could happen to any of the kids around the house. We do have dogs ourselves," Walther said.

"I feel for her. I feel for her family. My heart goes out to them. We are praying for them, hoping they can overcome something like this," Walther said.

The dog is currently in quarantine and may be put down.

In a statement, the center says the dog never showed any aggression while training and passed his final evaluation before being adopted.