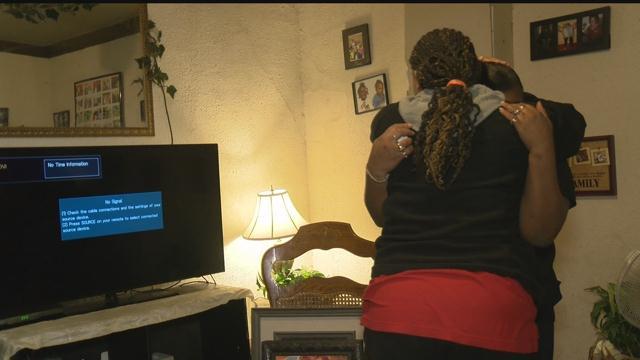 "It was a poor choice she made," she said.

The 23-year-old's poor choice led to a violent crash at Sherman and Roosevelt Wednesday, December 30.

Without a license, police said Ray was driving nearly triple the speed limit, ran a red light and crashed into another car. Two people, Terry Jackson, 57, and Darrell Thompson, 59, were killed.

"I am so sorry to this family," Lee said. "I wish I could change the hands of time and bring their loved ones back."

Amid the pain and grief is  fear. Lee said the family is getting threats by phone and on social media.

"Shooting up my house, hurting my baby girl," she said.

"Everybody needs to step back and let the judicial system do it's job," said godmother Tonisha Lee.

Court records show Ray has a history, pleading guilty to a 2009 misdemeanor of resisting an officer. At the time of the crash, she was under a bench warrant status for a 2011 disorderly conduct case.

CBS 58 asked Lee what she would say to those people who don't have sympathy for her because of her daughter's past history.

"Everybody has something in their closet," she said. "Everybody makes mistakes."

This mistake is one that forever changes three families, including Ray's 7-year-old son. For his sake, Lee's family is asking for peace and mercy.

"Deep in my heart, Jasmine is so sorry," said Lee.

Lee said she has not talked to the victim's families, but one day hopes to, to ask for their forgiveness. Ray is scheduled to be back in court for a preliminary hearing Monday, January 11.