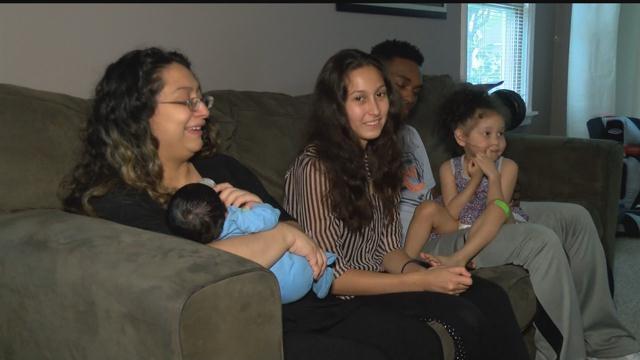 The family of a local Army veteran wants to find his killer: a driver who just kept going.

LaMarr Banks, 40, served four years overseas and provided stability at home for his loved ones.

\"It was supposed to be forever for us,\" said his fiancee Liya Guzman.

But Guzman said her forever is gone because of a senseless act and she's now left to raise four children on her own, two of which she shared with Banks. One is a three-week-old boy, another is a three-year-old girl.

\"She was diagnosed with leukemia on June 9th,\" she said. \"We're actually going through treatments now with that.\"

Chemo treatments the couple took the little girl to in a reliable, new car. It was a 2007 Audi Q7. Now, police are looking for it and the suspects who used it to run down Banks at 64th and Burleigh early Sunday morning.

Just as Banks fought for them, Guzman is fighting to keep her family united through this tragedy. Together, they're demanding the suspects come forward to one day heal the open wound in their hearts.

\"A judge will never take away from them what they took from us,\" said step-daughter Araceli Mercer.

Meanwhile, the family has set up a Go Fund Me account to help pay for funeral expenses. You can donate here.