MILWAUKEE (CBS 58) -- The body found in a burned vehicle has been identified as a missing Milwaukee teacher.

According to the Lake County Sheriff's Office, the body was positively identified as Kathleen Ryan, 56, of Milwaukee. 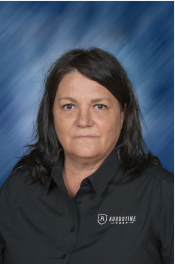 The Lake County Coroner's Office is not releasing the preliminary cause of death yet.

"Our detectives continue working with the Lake County Coroner's Office, Milwaukee Police Department, and Office of the State Fire Marshal to determine what happened," Sheriff John Idleburg said. "We know Kathleen was very loved by her family and those who knew her, and we are working diligently to find answers for them."

Anyone with information about Kathleen Ryan is asked to call Sheriff's Detectives at 847-377-4159.

St. Augustine Prep has school counselors and social workers available for those who knew Kathleen. There will be a private candlelight vigil on Monday.

MILWAUKEE (CBS58) - Family is holding out hope that a missing Milwaukee teacher can be found alive.

This, after her burned out car was found over the border in Illinois.

Kathleen Ryan, a teacher at St. Augustine Prep, was supposed to meet her son just over the border in Illinois Saturday, but never showed.

Now, the Lake County Illinois Sheriff’s Department is confirming they found her car torched, with a badly burned body inside.

The body has been sent to the coroner’s office for identification.

But the family is still hoping Kathleen is safe.

Her son Zach Ryan took to social media Sunday, asking anyone if they know anything about where Kathleen might be.

The Lake County Sheriff posted on their Facebook page that the car Kathleen was driving was found on fire late Saturday night on Route 41 near Warren Township.

After the fire was put out, the body was found but could not be identified.

Kathleen is a business teacher at St. Augustine Prep.

We reached out to the school, the superintendent released this statement: “Kathleen Ryan is a valued, respected and beloved educator and friend. We are praying for her safe return. As this is a private family matter, we have no further comment at this time.”

The Lake County Sheriff says the investigation is ongoing.