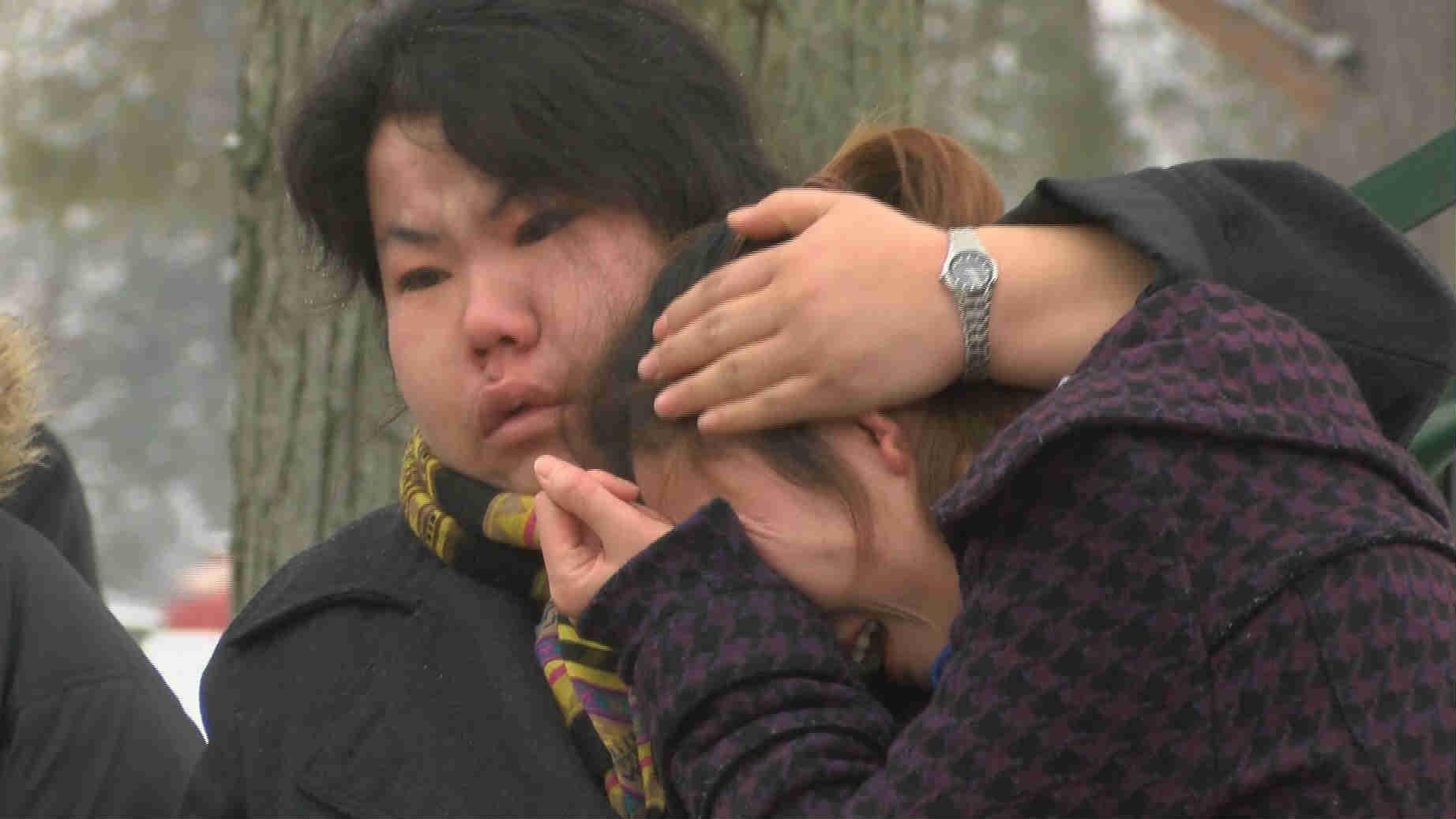 As fresh snow fell over Pinelawn Memorial Park Saturday morning, so too did fresh tears for 1-year-old Bill Thao.

\"I still don't believe that he's in here and he's not with me,\" father Somboon Thao said after watching his son's casket lower into the ground.

Thao's family buried the child one week after someone shot dozens of times into Somboon Thao's brother's home near 73rd and Mill Road. A bullet hit Bill Thao in the lower back while his family gathered in the front room. Somboon Thao says his other son, who is three, doesn't understand what happened.

Saturday's funeral marked the end of two days of services for the 1-year-old.

It was the kind of gathering people gathered at Lakeview say happens too often in Milwaukee.

\"There are a lot of innocent lives being taken away and that shouldn't be the way, because even if you're trying to avenge someone, you shouldn't do it by murdering them,\" Xiong said.

Late this week, CBS-58 learned Milwaukee Police arrested a person of interest in the shooting.  He has not been charged yet.  And while Somboon Thao is happy one potential killer is off the streets, it won't bring his son back.

\"It doesn't matter,\" Thao said.  \"What matters is my son's gone. That's the point. There's nothing out there that would make me more happy than to have my son with me.\"

The funeral home provided a burial plot and people continued to donate to a GoFundMe website Saturday afternoon.  Donations as high as $500 helped push the total above $10,000 -- many from anonymous donors Thao can't thank enough.

\"My life is still going and so I hope this will be a lesson to me and I will learn from it,\" Thao said.