Family: Antigo native who went missing in Costa Rica has been found alive 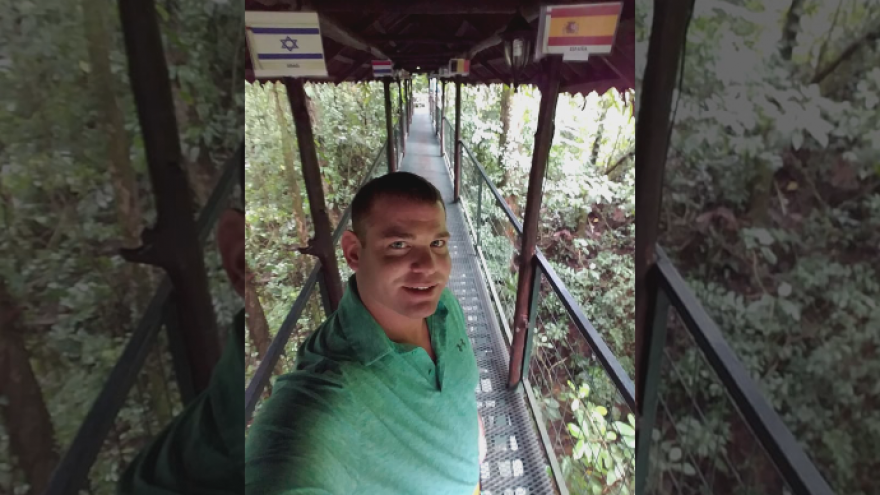 WAUSAU, Wis. (WSAW) -- What started as a relaxing trip for Antigo native Ryan Messerschmidt took a scary turn when his family lost contact with him while he was in Costa Rica. Now, his family says authorities there have located him.

Ryan's mother, Patricia Messerschmidt, tells NewsChannel 7 Ryan stayed in a few places while in Costa Rica, but she claims he ran into trouble at a resort along Coco Beach.

"The bartender threatened him there. He said meet me at 11 o'clock on the beach or you're dead."

Patricia said Ryan traveled further, but they lost contact with him.

"We knew something was up when we didn't hear from him Sunday at all," Patricia explained.

Through a friend, they were able to contact local police, and a local hospital, which reported seeing Ryan in an altered state.

"The hospital staff said that he was drugged with a highly addictive toxic drug, and he's out of his mind right now," Patricia said. "The police said he was injured from running off of rooftops, and fences."

The Messerschmidts said he left the hospital, despite needing medical care.

Ryan's family claims he was beaten up, tied-up and stabbed, and had been hiding out for the last 24 hours out of fear that whoever his family claims hurt him would find him if he stayed at the hospital in the area. Ryan's father claims police there were able to locate the car he was renting, while he was trying to find a hotel.

Jim believes it was likely gang members who may have jumped Ryan at some point during his trip.

"I talked to a private investigator, who said this isn't uncommon especially in that area around Liberia and Coco Beach," Jim explained. "There are some bad people that are out to rob and whatever they can get away with."

Jim said Ryan needs medical care for his wounds, especially since some of them are becoming infected.

NewsChannel 7 reached out to the U.S. Embassy in Costa Rica, who did confirm that the Messerschmidts had contacted them concerning Ryan's whereabouts. The Embassy declined to comment on specifics regarding that case, but the U.S. State Department's Press Officer for the Bureau of Consular Affairs issued a statement:

"The U.S. Department of State and our embassies and consulates abroad have no greater responsibility than the protection of U.S. citizens overseas. When a U.S. citizen is missing, we work closely with local authorities as they carry out their search efforts. Due to privacy considerations, we have no further comment."

Jim says Ryan's sister and brother-in-law are planning to head down to Costa Rica to help make sure Ryan gets needed medical attention and is able to come back to Wisconsin safely.