Families that Lost Loved Ones to Violence React to Milwaukee's Unrest 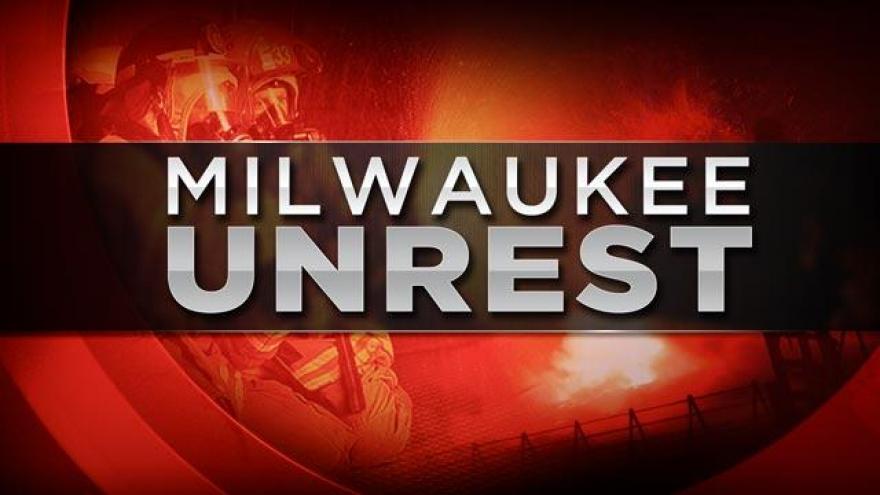 Over the year, we've shared with you the stories of families touched by violence.

For the first time we're bringing them together.

We asked five families to talk to us and to each other.

About what they've gone through and what they think will heal the community.

It's an important time.

Nearly one month ago, rage consumed the Sherman Park Neighborhood

After a man was shot and killed by a Milwaukee Police Officer.

The investigation into whether or not the shooting was justified is still ongoing, but that action sparked an uproar.

Ramona Boone who lost her niece back in May started the conversation.

Ramona: Violence does not solve anything. There should not have been looting and rioting, we should have come together to let them know we are going to stick with each other because that's what we need to do as a community. I'm not saying that's white, black, Chinese or Latino I am saying as humans we should all stick together, because we are all in this together. It can be anybody that's gunned down. If you want to be heard, speak your words, not tear down.

Two years ago, a man used Onjuan’s daughter, Sierra Guyton  as a shield during a shootout on her school playground.

“Why would you tear up your community anyway,” asked Onjuan.

“I don't want you to tear up anything,” said Ramona.

"You wake up the next day and like, look at what we've done,” said Onjuan.

He was killed at home shot to death by his cousin last summer.

“No they don't because have of them be getting caught,” said Latoshia.

“But why would they feel satisfied? Now where you gonna get gas at," asked Ramona.

“Right, I don't know why they feel satisfied after they seen it. But to them, they made history,” said Devin.

Lisa’s son Marcus Deback was shot at a playground in 1995.

“I was just frustrated with that riot. I was like okay we are going to talk about violence,” said Lisa.

“ Yeah, why? They're doing this riot and I don't even need to talk about nothing because nothing's going to change, nobody is going to hear about anything. They're not going to care," said Latoshia.

CBS 58 questioned if the parents questioned whether things could change after the riots or whether they should even talk about your own experiences with gun violence.

“Look to the outsiders,” finished Ramona.

"To the law when people like the sheriff he talked down upon what happened on Sherman. You know what I mean,” asked Onjuan. “So who is our protectors? Who can we call upon to help us? And that's why a lot of people are taking it into their own hands. Because, I can't call them because they're just going to harass us and shoot us down anyway.”

“I don't think all police are bad out here,” said Ramona.

“In our situation, we've encountered some wonderful men and women, you know. There are bad ones out there, as we all know but there are some wonderful police officers out here,” said Ramona.

CBS 58 asked the parents how the animosity can be fixed between the community and the police.

“Let them be heard,” said Ramona.

“Let who be heard,” asked Devin.

“Everybody,” said Latoshia and Ramona.

“If I am tearing up something because I want to be heard. Hear them. Hear what they have to say,” said Ramona. “If you show me that I am worthy, I can guarantee you will get the respect of everybody in that neighborhood.”