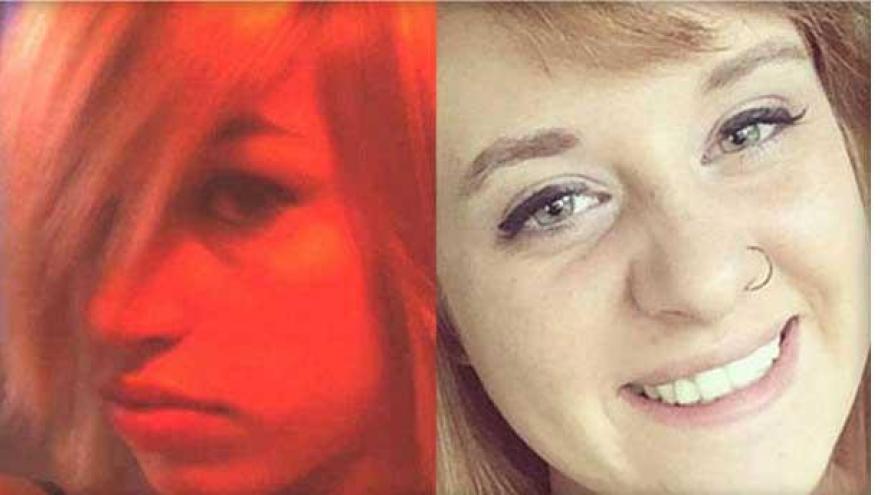 KANSAS CITY, Mo. (CBS NEWS) -- Investigators discovered remains from two humans in the same rural area of western Missouri and police asked the families of two missing women to meet with investigators, although the remains have not been positively identified.

A mushroom hunter found remains Monday in an area south of Belton and a second skull was found nearby Tuesday, according to Cass County Sheriff’s spokesman Kevin Tieman. He said investigators have not determined the age, sex or race of either of the remains.

The mother of Kara Kopetsky, Rhonda Beckford, told The Associated Press Tuesday that her family and the family of Jessica Runions were notified about the remains and asked to meet with investigators at the Belton police department. But she said investigators told the families the remains would not be positively identified Tuesday.

Runions, 21, of Raymore, was last seen Sept. 8 leaving a gathering with friends in south Kansas City. Her burned vehicle was found two days later.  Kopetsky was last seen at Belton High School in May 2007 when she was 17.

“They had us come to the police station and had a room there for us to sit with an advocate and liaison in case the identification came in,” Beckford said. “But while we were sitting there they told us the identification wouldn’t come in (Tuesday).”

Runions left the gathering in September with Kylr Yust, 27, who was later charged with burning Runions’ vehicle. A judge entered a not guilty plea on his behalf.

Yust also has been questioned in the disappearance of Kopetsky, his ex-girlfriend. Court records indicated Kopetsky filed for a protection order against Yust in April 2007.

That April 30, 2007, filing alleged that Yust kidnapped and restrained the teenager, choked her and threatened to cut her throat during their nine-month relationship.

“I’m unsure what he will do next, because the abuse has gotten worse over time,” the application for the court intervention read, alleging Yust stalked Kopetsky and inflicted emotional and physical abuse. A hearing was scheduled for May 10, 2007 but Kopetsky went missing six days before the hearing.

“I can’t put it any other way, but I hate him,” Beckford told the station last September. “I hate him for taking not only my child, but possibly taking another.”

Beckford cast her daughter’s relationship with Yust as “volatile,” remembering him as manipulative and abusive.

Yust has not been charged in the disappearance of either Runions or Kopetsky.

Beckford told the AP she was hoping for answers to her daughters’ fate.

“I’m hoping for a resolution after 10 long years of waiting,” Beckford said. “But quite a few times we heard about a skull or remains being found in the area and got our hopes up and it turned out not to be Kara.”

Runions’ family has searched rural areas nearly every weekend since she went missing. In January, they found the remains of two men on consecutive weekends.