Families of 43 missing Mexican students share their story in Milwaukee 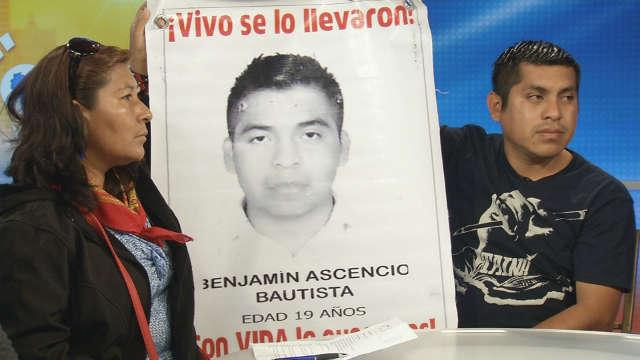 Six months after 43 college students disappeared in Mexico during a brutal attack, relatives and survivors are traveling across the U.S., making a stop in Milwaukee, to make sure their voices are heard.

On September 26th, 2014, more than 90 students from a rural college were on their way to a peaceful march in the City of Iguala, Guerrero. It's believed the mayor of Iguala ordered the students stopped at all costs for political reasons. The Mexican Government reports local police kidnapped 43 of the students and handed them over to a drug cartel, who shot them and burned their bodies.

The students' families don't believe that theory. They still hope the students are alive.

\"We've been suffering, we've been in pain, because we don't know where our children are,\" said María de Jesús, who is the mother of Jose Eduardo Tlatempa, one of the 43 students who disappeared.

Tlatempa is traveling across the U.S. as part of a 50 city tour called \"Caravana 43\", along with Omar García Velazquez, who survived the attack, and Cruz Bautista, an uncle of missing student Benjamin Bautista.

\"One of the reasons I survived is because there was no room left in the trucks were they were taking the 43 students,\" said García Velazquez.

Velazquez feels very fortunate to have survived and says it's important for him to share his story that on behalf of those who didn't make it alive.

The student's disappearance prompted massive protests in Mexico and around the world to call an end to corruption. That's why it was important for Julio Cesar Guerrero, an activist from Texas, to bring the families to the United States.

\"We keep seeing the 43 faces plastered in every media outlet in every community and those faces are representative of hundreds of thousands of people in mass graves who haven't been identified,\" said Guerrero.