Falcons: Julio Jones will be ready to go in NFC championship 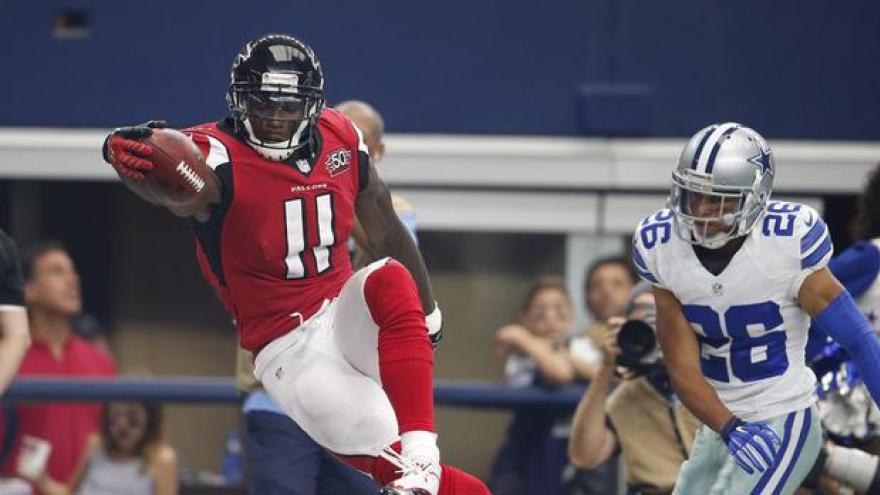 FLOWERY BRANCH, Ga. (AP) -- Atlanta Falcons coach Dan Quinn says All-Pro receiver Julio Jones will play in the NFC championship game despite a lingering foot injury that limited him during a divisional-round victory over Seattle.
Jones has dealt with this before, and Quinn insisted Monday there's no chance of the Falcons being without one of their offensive leaders when they host Aaron Rodgers and the Green Bay Packers for a trip to the Super Bowl.
Jones will be limited in practice leading up to Sunday's game at the Georgia Dome, but he will get some work to ensure that he's on the same page with quarterback Matt Ryan.
Despite missing two games during the regular season, Jones had 83 receptions for 1,409 yards and six touchdowns.