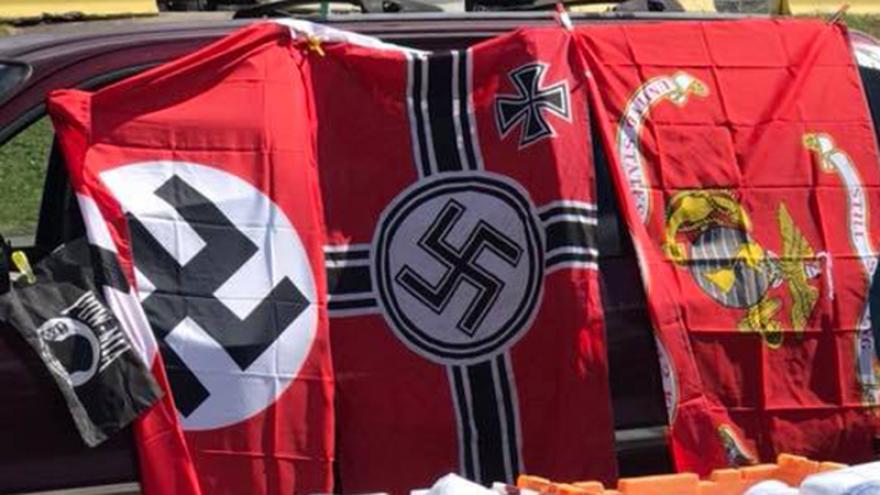 The photo was posted over the weekend reportedly from Trader Jack’s Flea Market in Bridgeville PA.

In the photo a man appears to be selling Nazi flags with swastikas, a Confederate flag, an American flag with a motorcycle on it, and a U.S. Marine Corps flag.

Several other people reported seeing the seller at the flea market as well.

The Facebook photo has been shared hundreds of times, the man who took the photo wants to remain anonymous.

Jack Cargnoni, owner of Trader Jack’s, tells KDKA that the vendor was told to take the flags down.

“We told him to take them down, this isn’t the type of representation we want to project at Trader Jack’s,” Cargoni said.

Cargoni says they don’t promote those type of things at Trader Jack’s. “This is the first time in 27 years we’ve had a situation like this.”

Cargoni says vendor was allowed to stay as long as he removed the flags.

One commenter said, “This is horrible. I got to Trader Jack’s about every 2 weeks. I will no longer go there as long as this type of person is allowed to sell hate products like this.”

Another commenter said, “This is disrespectful to our flag and country and humanity.” 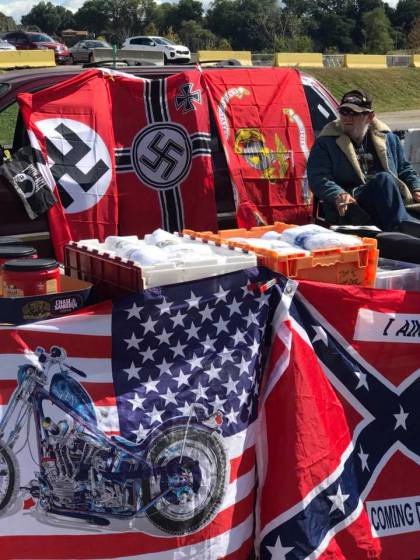