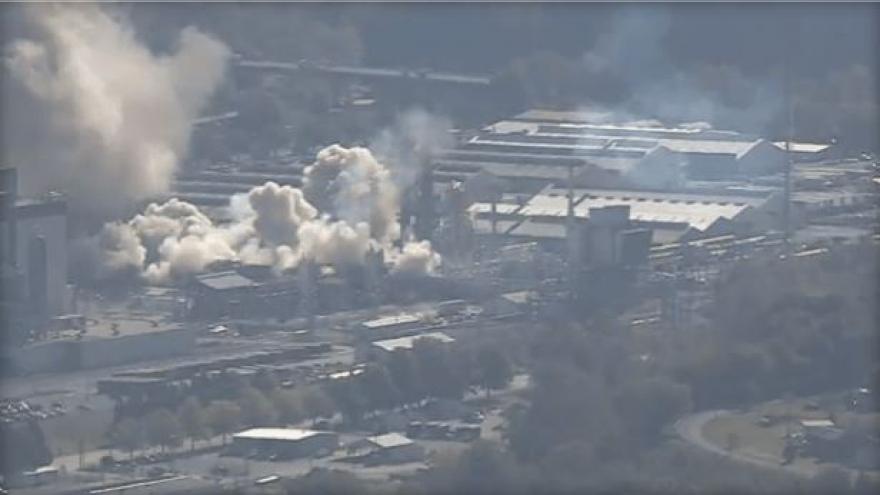 Aerial footage showed grey and white plumes rising from the manufacturing complex about 80 miles northeast of Knoxville on the border with Virginia. The company said no one was injured but employees were being asked to shelter in place as a precaution.

Eastman said a "process upset" in the area of the plant dealing with coal gasification caused a "loud noise and a visible plume." The company advised neighbors around the plant to remain indoors and turn off their air conditioning.

Police, fire and emergency crews responded to the incident, which was reported shortly after 10 a.m. local time.