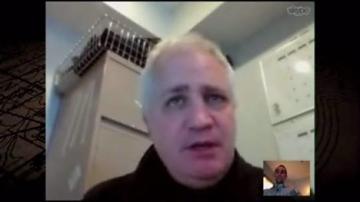 MILWAUKEE-CBS 58 News spoke with a leading expert with a close connection to that stolen violin.

Stefan Hersch is an appraiser with Darnton and Hersch Fine Violins.

He saw the Stradivarius violin before it was stolen and appraised it's value at $ 5 million.

He told CBS 58's John Cuoco that he's hopeful the arrest of three people in connection with the armed robbery will ultimately lead to the violin.

\"To lose an object like this,\" Hersch said Wednesday, \"with such prominence. It's an unthinkable tragedy.\"

Hersch talked with Concert Master Frank Almond the day after he was robbed.

\"He was very shaken, but after I was certain he was OK, our thoughts immediately went to the violin. Some who doesn't know what they have could easily damage it.\"