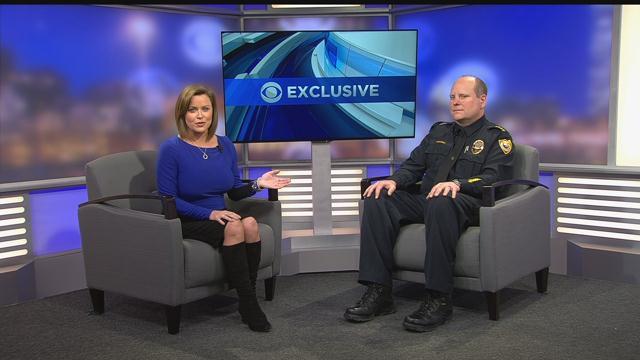 "Things are good," Chief Patrick Mitchell told CBS 58's Michele McCormack. "It's been a great place to work for six weeks. People have been very welcoming. The one thing I'm impressed with is the vibrant community groups. Community Alliance Against Drugs is a very big organization that puts on a lot of events. Great partner for the police department. But, I certainly have a lot of people left to meet."

The chief's appearance comes one day after West Allis unveiled its "My Police Department" phone app.

It allows residents to give tips to police and track trends of criminal activity near their home.

"It depends on the source," explained the Chief. "One of the things we struggle with is there is so many things that are not true. For a user you have to be careful. Social media for law enforcement has been a very important part of it over the last several years. It's only going to grow. Police departments have to keep up with the times."

And keeping up with the times also means adjusting to a planned boom in development in West Allis.

Many want to see more restaurants and shops come into the city, making National Avenue a destination not unlike KK in Milwaukee's Bay View neighborhood.

Chief Mitchell acknowledges that West Allis is a busy city in terms of traffic.

Officers do a high number of traffic stops. Especially along Greenfield from 64th to 92nd.