Exclusive: Racine teen shot in the face has sympathy for her shooters 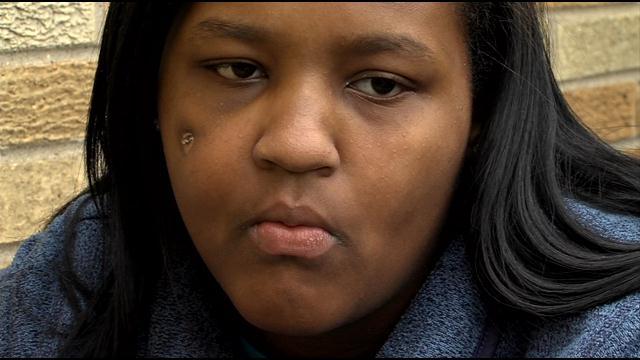 CBS 58 sits down for an exclusive interview with a Racine teen who was shot in the face and survived. Destiney Finch touches the wound on her face saying, \"As you can see my healing process is going very well.\"

The scar is a daily reminder that a faction of an inch made all the difference for 15-year-old Destiney Finch.

\"I was in pain, but more I was shocked, this really just happened to me, oh my god.\"

The 15 year old was hit by a stray bullet outside her aunt's house, when two people were fighting. The bullet lodged miraculously in her sinus and is healing beautifully. But more surprising is the young teen's perspective.

\"I feel a lot better but I feel like all this violence needs to just stop.\"

Finch agreed to talk to CBS 58, saying she wants teens her age to stop and think-- including her shooters-- that she says she has sympathy for.

\"I want to know how they feel, do they feel any sympathy, because I feel sympathy for them because they're out here doing what they're doing, they're young and they're messing their life up.\"