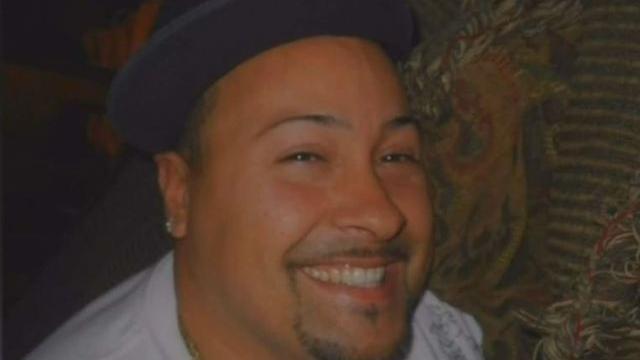 A West Allis woman is telling her story for the first time, after her live-in boyfriend was shot to death in front of her on May 1st.

It started out with an innocent knock on the door, with her neighbor Zachary Hays asking to borrow a key to the basement.

Within a few hours, Hays would be arrested in Sauk County, charged with two homicides, including a fatal drive-by shooting.

Valentin says she could tell right away that something was wrong, when Hays began banging on their door.

"When he opened it, he looked so weird, and so mad, and then he told me you know what? my brother is in your apartment, and I want to look for him," she says. "Then he started pushing me."

That's when her partner of 21 years, Gabriel Sanchez, got up to help

"We tried to close the door, but it was impossible, he had the door almost broken. And what I heard a few moments later, was he shot twice."

She says one of those shots struck Sanchez, as Hays moved into the home.

"Gabriel fell on my back, and Gabriel come close to my ear, and said run."

That's when Valentin says Hays turned the gun on her, and their 2 children.

"He was holding my two kids, and pointing my kid in the forehead with the gun."

Valentin says she called 9-1-1, by the time police arrived, Hays was gone.

"My whole life changed, I'm not the same person anymore"

Valentin says she hasn't been able to return to that home since that shooting. Her new home includes a new alarm system, and multiple locks on the door, fearing Hays might return.

Valentin says the couple was planning on getting married, as Sanchez was in the process of divorcing a previous wife. He leaves behind six children.

"No matter what the sad things, the love passed everything, so I will have him in my heart, and he will live in my heart for always."