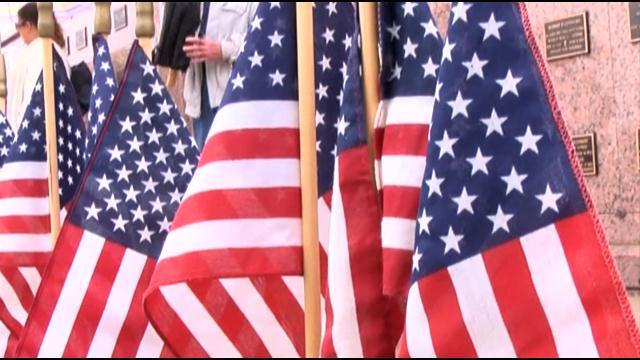 CBS 58's Amanda Porterfield has the exclusive interview. Fireworks going off at a nearby festival over the weekend scared the vet.
His wife said he fired shots into the air and that ended with him in jail. This couple says - this incident has been scary. We're not naming them to maintain their privacy.
However, they wanted to tell their story - to highlight the struggles many veterans have around fireworks and especially the 4th of July.
She says - her husband was a combat veteran in Afghanistan. He is in the reserves and has suffered from PTSD for years.

"When the fireworks went off it triggered him."

She says for her husband hearing those fireworks was like being in the war all over again.

"It just sounded really loud and really close and he's told me before the fireworks sound like the guns over in Afghanistan."

She says on Friday, he was working on his truck outside when the booms went off.
He ran upstairs - grabbed his rifle - then crouched on the side of his car - gun in the air as if he were hiding from the enemy.

"I called 911 and as I was on the phone with the operator I heard five gunshots. He shot the gun off as he was sitting by his vehicle. He was so upset he hyperventilated and passed out. He didn't hurt anyone. He thought he was being attacked."

According to the VA - 7 to 20 percent of the more than 2.5 million veterans who've been to Iraq and Afghanistan have post traumatic stress disorder. For many veterans fireworks are a trigger.

"Once you get triggered for something like that there's nothing you can do. Once they feel threatened they need help."
In this case -  Police say the veteran tested above the legal limit for alcohol and handling a gun and was arrested on multiple charges.

"The root cause is the PTSD that's why all this happened and it's not right that they're concentrating on the wrong thing and trying to make him look like a criminal."

No one was hurt in this incident. PTSD experts suggest talking to your neighbors before setting off fireworks..
For veterans they say signs up that notify people and be aware of nearby events going on.

If you have any questions please email aporterfield@cbs58.com or follow @CBS58AMANDA.