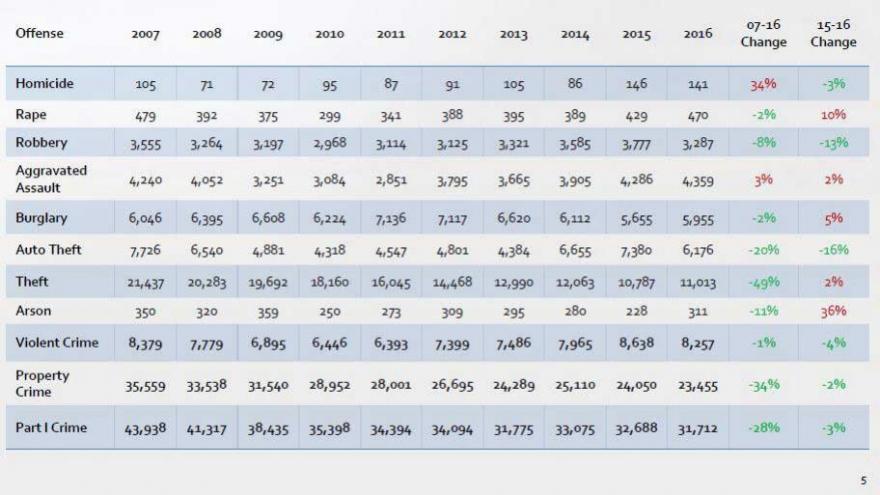 End of the year numbers released by Milwaukee Police show 2016 crime totals were down compared to 2015.

"This department is working hard," says Flynn. "It's important that the community recognize that progress is being made."

"Nobody is celebrating at the police department," says Flynn. "But it is a decrease."

Flynn also highlighted a shocking number of guns seized by Milwaukee Police officers. In 2016, the department seized 2,419 guns off the streets. Per capita, that's more than Chicago, and New York City combined.

Flynn says those guns were all turned over to the state to be destroyed.

"These are seizures, these aren't finding guns in an alleyway or in a garbage can or as a result of a gun buy back, these are evidence guns," he says.

Despite those milestones, Flynn says the department is still struggling to control a few areas of crime, specifically, juvenile car thefts.

11 juveniles were also arrested 4 or more times for stealing cars.

"That's a real challenge for us right now, and we're really asking for help," says Flynn. "Our police department's not advocating that children be treated like hardened criminals, but there's got to be some meaningful consequence for this crime, and right now, there isn't."