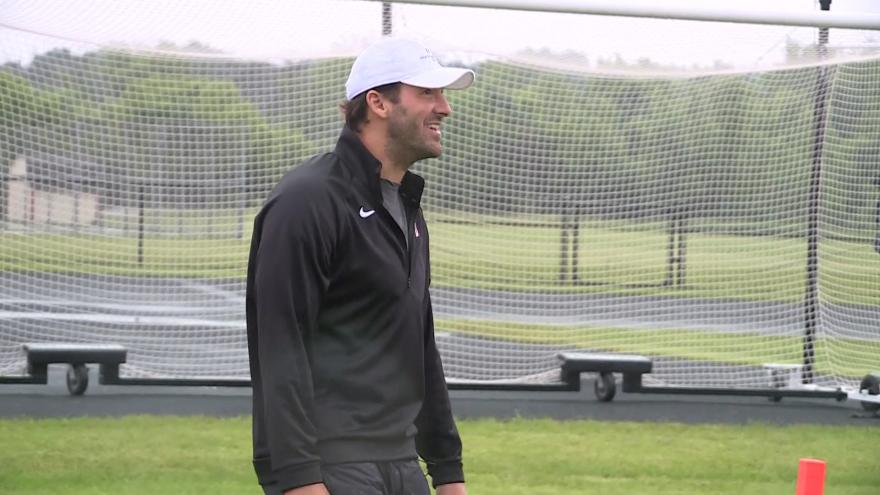 BURLINGTON, Wis. (CBS 58) -- One thing fans in Wisconsin are looking forward to seeing this Super Bowl is someone who won't even be on the field.

Social media is still buzzing about Tony Romo's play-calling during the AFC Championship game. He'll be doing the same for the Super Bowl on CBS February 3rd.

"With him being one of the announcers, I think it will be a little more exciting," said Kurt Leverenz, Burlington native.

Leverenz says he's enjoyed watching Romo not only because of his hometown roots, but because he's fun to watch.

Brewers announcer Jeff Levering has noticed Romo's skills off the field too.

"He's a championship-level type of quarterback on the field. Now he's trying to take all of that and put it into the booth. He's reading defenses as he's seeing them, and he's seeing them from a bird's eye view like an offensive coordinator would," said Levering.

As a fellow broadcaster, Levering says Romo "redefining" color commentating, and a lot of that has to do with Romo and Nantz's chemistry.

"Tony just kind of comes in and says what he sees. Jim Nantz calls the play, and sometimes Tony will cut in, and most of the time it's beautiful," said Levering.

Romo did give one prediction today: the winning score for the Super Bowl. He didn't say which team was on top but said the final tally would be 28-24.

"I think the team that has 24 has the ball at the end and doesn't score," said Romo.

Romo says no one from Burlington is joining him for the Super Bowl in Atlanta, but he's excited to go home and talk with family and friends about the experience afterward.