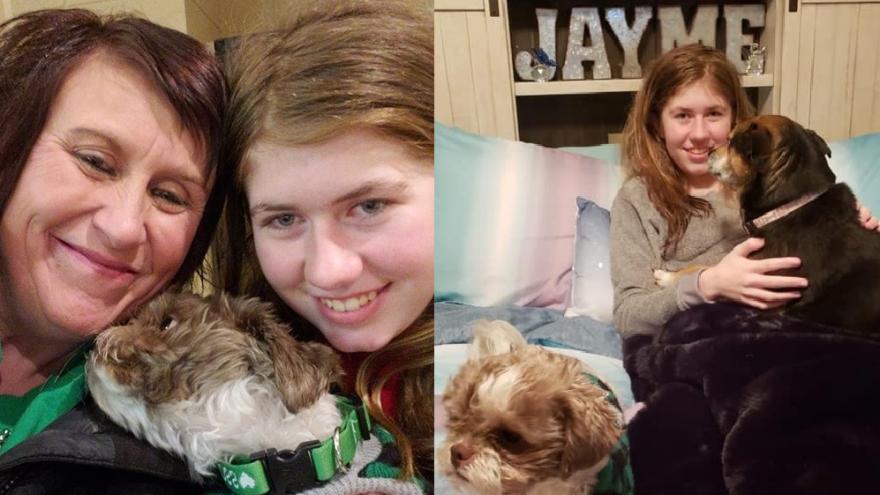 CHICAGO (AP) — Katie Beers' joy quickly turned to deep concern when she learned 13-year-old Jayme Closs had been found alive in rural Wisconsin nearly three months after police say a man shot and killed her parents then abducted the girl from their home.

"She is going to have to grieve the loss of her parents and also come to terms with the fact she was abducted, escaped and whatever (other) hell she went through," said Beers. "And it's not going to be easy."

Beers knows that better than most.

Sunday will mark 26 years since a then-10-year-old Beers was rescued from an underground concrete bunker in Bay Shore, New York, where she had been held captive for more than two weeks by a family friend who had lured her to his home with the promise of birthday presents.

As Jayme begins to process her trauma, experts and former victims say what she needs most is space and time to discuss it on her own terms. And with the help of a supportive and understanding family, she likely will be able to recover and live a happy life.

"One of the things that helped me recover so quickly is that nobody forced me to talk about what happened," said Beers, 36, who is married and has two children. "I didn't even do interviews until I was 30. I didn't have to relive it every day."

Authorities said Jayme was skinny, disheveled and wearing shoes too big for her when she approached a stranger and pleaded for help Thursday in the small north woods town of Gordon, about 60 miles (100 kilometers) from her hometown of Barron. Jake Thomas Patterson, 21, was quickly arrested and jailed on kidnapping and homicide charges.

It's unclear exactly what Jayme experienced — including whether she was coerced with threats or physically abused — so people must be careful how they interact with her, said Duane Bowers, a trauma therapist who works with families of missing and exploited children and adults.

Although friends and family might be eager to know details, the only control the victim has is when, to whom and how they tell their story, Bowers said, adding that's especially true of Jayme, who has lost so much.

For most child kidnapping victims, they have the hope that their parents will find them, "but in this case she knew her folks were dead and couldn't find her," Bowers said. So now, "she needs to feel ... in control and experience her memories in a way that ... doesn't retrigger" her trauma.

Elizabeth Smart, who was 14 when she was kidnapped at knifepoint from her Salt Lake City home in 2002, told The Associated Press that everyone endures different mental and psychological trauma after kidnappings, but Jayme will have to confront the fact that there "is no going back to the way things were."

"Probably one of the more difficult issues is going to be finding that new sense of normalcy in her life," said Smart, a 31-year-old mother of three. "Not recreating the old but (creating) the new and learning to be OK with that."

She cautioned questions that might seem harmless could be hurtful.

Smart said she would get defensive when people asked her why she didn't run or scream when her captors sometimes traveled with her out in the open. Smart was found nine months after her disappearance while walking with her kidnappers in a Salt Lake City suburb by people who recognized the couple from media reports.

As an adult she realized they didn't mean any harm, she said.

"My brain heard that question as: 'You should have tried harder. You should have run, you should have yelled, this is somehow your fault,'" Smart said. "So, I would just caution her community and anyone able to interact with her to really think about the questions they are asking her."

Beers and Smart said they are proof that trauma survivors can go on to live happy and fulfilling lives.

"It's never going to be easy, but with the correct support, the correct people to talk to and people there who love you, she's going to be able to survive and thrive," said Beers, who was raised by a foster family after her rescue because of abuse she had suffered within her own family before the kidnapping.

"They just surrounded me with love and gave me a normal home and that to me ... was the most important thing," Beers said.

It won't happen quickly, though, Bowers said, and people need to realize that Jayme will relive her trauma in different ways throughout her life — including if she forms romantic relationships or has children of her own.

"People tend to think, 'OK, it's been a year now, you should be fine,'" Bowers said. "You might learn to cope and deal with it, but it will never go away."

He said it's also important for Jayme to know that "anything you're thinking and feeling is normal. Don't be afraid of it; don't think there's something wrong with you. ... You're not the bad guy here."

Smart said she would tell Jayme that "she is a survivor and she is a hero. She's incredibly strong and incredibly brave and there's so many people who love her and are in awe of her and who want to help her and support her in any way.

What's more, she said, Jayme's escape and rescue are "the reason why we can never give up hope on any missing child."