MILWAUKEE (CBS 58) -- A pair of visits to Mexican Fiesta by gubernatorial candidates highlights the importance of Latino voters in Wisconsin ahead of this fall's election, which is projected to be close.

Because of a tight race, candidates are out seeking to secure votes that may still be up for grabs. Among the groups they can target include Latino voters.

"If you're looking for a population that might go Republican or might go Democratic, a politician probably can't do wrong when it comes to people of a Spanish-speaking background," Lee explained

While Democrats have held onto the majority of Hispanic voters nationally, Republicans have made inroads with the group in recent years.

"In the last presidential election, for all the predictions that minorities were democrats and, 'ok, that's the end of that story,' President Trump did well with some Hispanics," Lee said.

Data from Democratic data firm Catalist showed while Joe Biden won a 61 percent majority of Latino voters, Trump had an eight-point swing in his direction compared to the 2016 race.

The GOP has focused on a message of economic prosperity to target Latino voters and has invested in trying to boost its numbers with the population in Wisconsin, including opening a community center on Milwaukee's predominately Latino south side.

"When it comes to the Hispanic population, there are several issues that might draw their attention," Lee said, describing the wide spectrum of interests among Latinos.

Along with the broad range of issues concerning all voters in Wisconsin, topics particularly tied to the Latino community include driver's licenses and in-state tuition for undocumented immigrants, both things that were eliminated by the Scott Walker administration. Evers supports bringing those back while Michels opposes doing so.

Speaking to reporters during his visit to Mexican Fiesta, Evers said many undocumented immigrants who are Latino are an essential part to the state's dairy and other agricultural industries and need support in forms such as driver's licenses and in-state tuition.

"My pitch is this, it's this population, the Latino population in the state of Wisconsin, that's holding up our economy, so let's do something to help them hold it up even better," Evers told CBS 58. 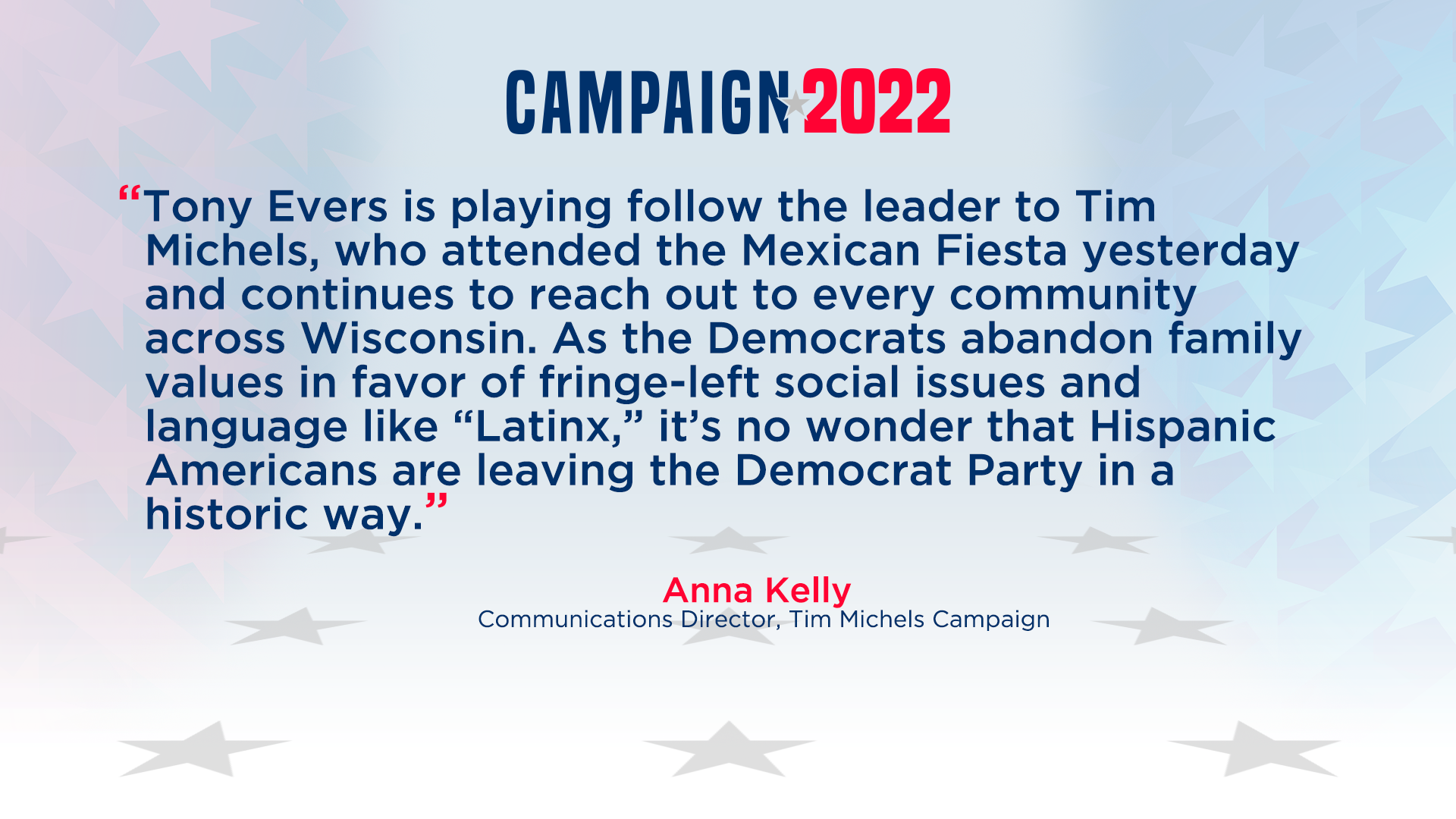