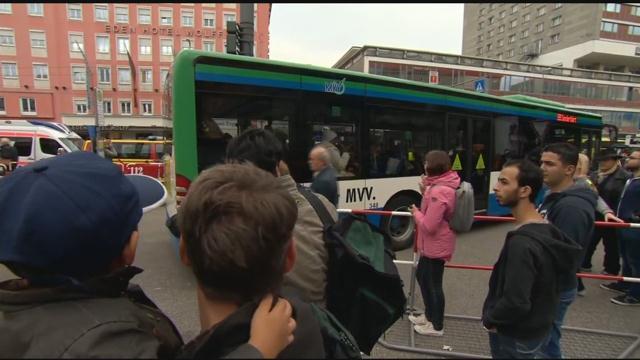 (CNN) European Union states struggling to handle a migrant influx must "end the cycle of mutual recriminations and misunderstandings" and show unity, the head of the EU Council said Wednesday.

EU officials are struggling to come up with a coherent response to the crisis -- the largest migration the continent has seen since the end of World War II.

Speaking before a meeting of EU presidents and prime ministers in Brussels, Belgium, European Council President Donald Tusk appealed to "a sense of order and a common European spirit."

Conflicts in the Middle East that have forced millions to flee their homes will not end "anytime soon," he said, and Europe needs to regain control of its external borders.

"There are 8 million displaced people within Syria, while about 4 million have fled from Syria to Turkey, Lebanon, Jordan and Iraq. This means that today we are talking about millions of potential refugees trying to reach Europe, not thousands," Tusk said.

"Today, we must prepare a concrete plan, which must finally appear in place of the arguments and the chaos we have witnessed in the last weeks. This plan must be our common plan. Nobody will be outvoted," he said.

Now, the plan goes to the EU presidents and prime ministers meeting in Brussels to consider.

But the plan would seem to fall short of what is needed. More than 488,400 migrants have come to Europe by sea so far this year, double the number that arrived during all of 2014, according to the International Organization for Migration. The organization says more than 2,800 are dead or missing.

At least 8,750 new migrants entered Croatia in a single day this week, according to a statement released Wednesday by the country's Interior Ministry.

That number, reported to have entered the Balkan country Tuesday, brings the total number of migrants having entered Croatia to 44,000, the ministry said, without specifying the time period involved.

Individual European countries have begun taking their own measures to tackle the migrant influx.

The Slovakian government announced Wednesday it was suing the European Union over the quota plan.

Although it was approved Tuesday by a majority of ministers meeting in Brussels, four countries -- Hungary, Slovakia, Romania and the Czech Republic -- strongly opposed the decision.

Slovakian Prime Minister Robert Fico said that the Council of the European Union had "overpowered the opposing opinion" with a majority vote and that a decision at that level required a unanimous vote.

"The quota system is irrational, and in our opinion will end up in disgrace," he said in a statement. He said Slovakia would not accept the decision and was "launching a lawsuit."

"Under the new law, soldiers will have the authority to detain people, search clothing, baggage or cars, perform traffic checks or apply coercion if necessary," the Hungarian government's International Communications Office said.

Underscoring the lack of cohesion, the EU's executive branch -- the European Commission -- issued a statement Wednesday saying that it had adopted 40 infringement decisions against some member states for "failing to fully implement legislation making up the Common European Asylum System."

"(T)oday's 40 infringement proceedings are meant to ensure that Member States actually implement and apply what they had previously agreed to do -- and agreed to do rapidly and fully. Our Common European Asylum System can only function if everyone plays by the rules," commission First Vice President Frans Timmermans said.

The commission said it had also sent a second "Letter of Formal Notice" -- the first step of an infringement procedure that can lead to the European Court of Justice -- to Greece over "serious deficiencies in the Greek asylum system."