Ethnic festivals are a gold mine for Milwaukee 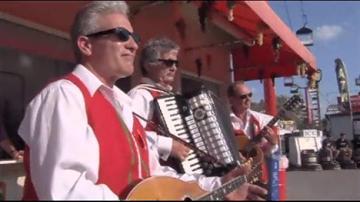 Joe Spano of United Ethnic Festival was the catalyst behind the study done by the Economic Research Center at the University of Wisconsin Whitewater.

\"It draws a ton of economic revenue,\" Spano told CBS 58 News, \"like hotels and so on and so forth. What this (the report) did was give us some numbers on what we suspected already.\"

Topping the list of the four top ethnic festivals was Irish Fest which generated nearly &21 million.

The Indian Summer Festival had an economic impact of $6.3 million.

Brian Meehan of Irish Fest told CBS 58's Carlos Vergara that, \"As these festivals have grown, it's gotten exciting to see. We filled the hotels. We filled the restaurants and bars.\"

And these festivals didn't just draw locals but visitors from throughout the region in large numbers.

Spano says the news challenge is to find new partners.

\"Is there a way that we can partner up with either a corporate partner or governmental agency and help us promote our festival?\"