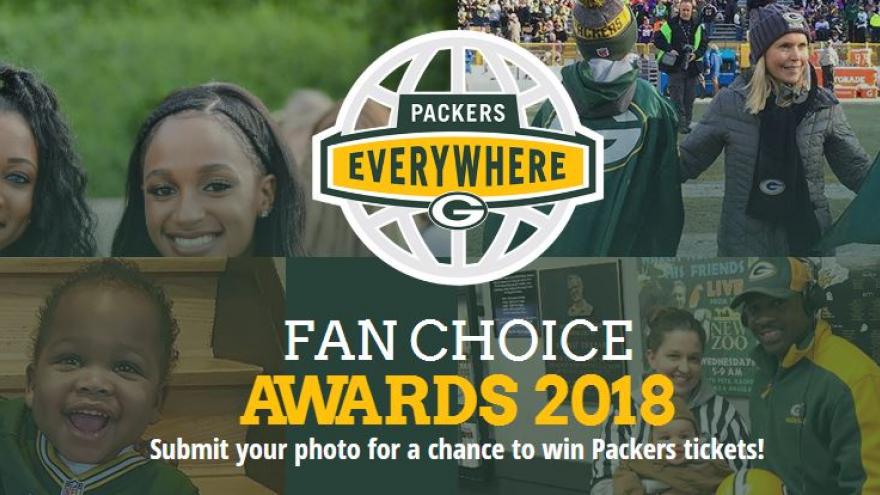 GREEN BAY, Wis. (CBS 58) -- Packers fans can now send in their fan photo for a chance to win Packers tickets.

Fans can vote on their favorites from October 24 until November 12. The Winners will be announced on November 19 to attend the Packers game against the Lions on December 30.