"Enough is Enough"; Back-to-Back Bomb Threats have Parents Fed Up 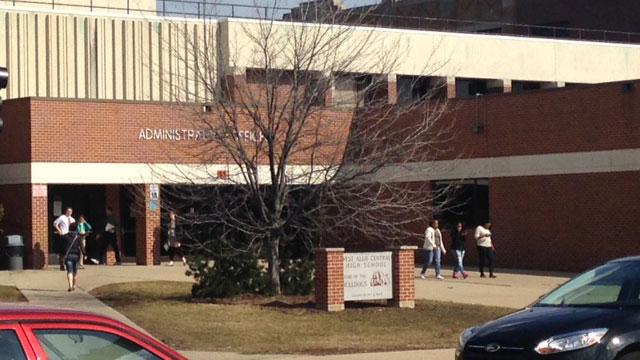 It was deja vu for Freshman Andrew Niederer, as administrators told students at West Allis' Central High School to evacuate to the field house. For the second day in a row, district officials say the school received a call from someone saying a bomb had been planted inside.

"Everyone just started flooding the halls," he says. "When I got into the field house, I went into a panic attack, and was carried out of the field house and into the office."

His mother Heidi says he suffers from a medical condition called syncope, which leaves him short of breath in tense situations.

"We weren't able to calm him down for at least 45 minutes," she says. "That rips me apart, it absolutely kills me to see my kids like that."

Neiderer says whoever is making the threats, is likely not thinking about the affect it's having on some students.

"You're impacting the education and the lives of a bunch of students that go to this school," she says.

The district agrees, issuing a memo to parents and students this afternoon that extra days will be added onto the school year if the threats keep up.

"Yesterday it was 3 or 4 hours worth of school time, today it was 2 full hours," says District Spokesman Brian Vissers. "It is frustrating any time you have interruption of school days, school hours, it's not a good thing."

Dr. Lexmond sent a letter home to parents on Tuesday asking for their help in stopping these events.

“These threats have created unacceptable disruptions and we need your help,” wrote Lexmond.

Central High School has received several bomb threats phoned into the school in the past few days.

Tuesday morning the school received a bomb threat, but it did not evacuate the building but worked with authorities to make sure the field house was safe and then moved the students there to clear the entire building.

Students returned to class around 11:45 AM.

Students who call in bomb threats face expulsion, criminal charges, and may be required to repay costs associated with these incidents.

“We need students to help bring an end to these threats and report what they know to school and local authorities,” wrote Lexmond.